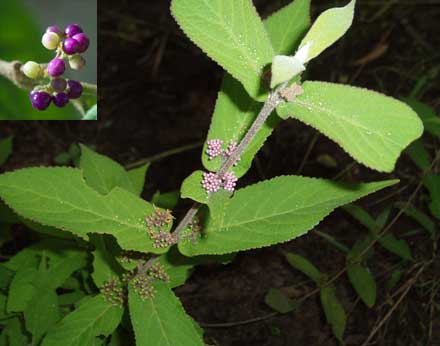 Inflorescences (flowering parts) 2-3 cm long, rather lax, sometimes inserted a little above leaf axil. Attractive flowers, if small. The flowers are hermaphrodite (have both male and female organs) and are pollinated by insects.

Because this plant is in the same family as Lantana, it is sometimes cited as a “Lantana replacement”. It is not as vigorous or drought-tolerant, nor is it as spiky, so it may not be a good replacement on its own, but deserves to be in the mix with other plants replacement species like Bursaria, Alyxia, Carissa, Maclura, Orange Thorn and other hardy, prickly plants. 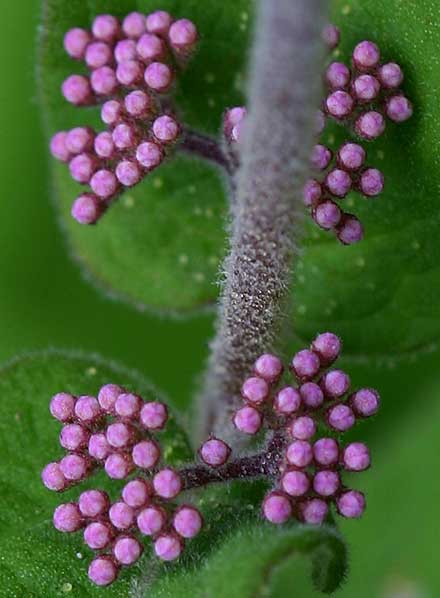 The flowers are quite beautiful miniatures, revealing their full beauty only with the help of macro photography. This plant was photographed In Walton Bridge Reserve, The Gap. 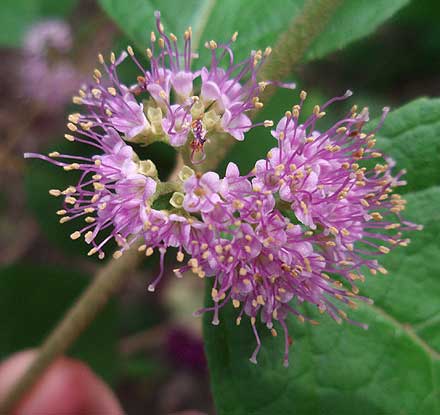 The fruit is a feature, leading to the common name of the genus “Beautyberry” — it is a globose drupe to 4 mm in diameter, whitish to purple when ripe.

The whole plant is analgesic, antiphlogistic (reduces fever by lowering the body temperature from a raised state) and haemostatic (acting to arrest bleeding or hemorrhage). A decoction has been used in the treatment of haemoptysis (coughing up blood from the respiratory tract), haematemesis (vomiting blood), nose bleed, haematuria (the presence of blood in the urine), traumatic bleeding, traumatic injuries and rheumatoid arthritis. The whole plant can be crushed for external applications to wounds. (A Barefoot Doctors Manual. Running Press ISBN 0-914294-92-X, Herbal from China). 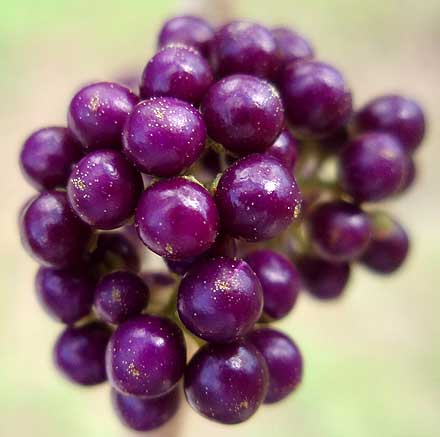