This is a weed “to be expected” but not previously recorded as a problem. In surveys in 2007 we found quite a few seedlings and saplings present along the creek, many more than we had previously thought. It seems to be well and truly naturalised along the creek. The largest was about 2.5-3 metres tall, but still had not reached the flowering stage.

It is spreading by seed falling into the creek and being spread by floods.

Sheds its bark in large flakes, leaving a patchy grey and white effect on the trunk. 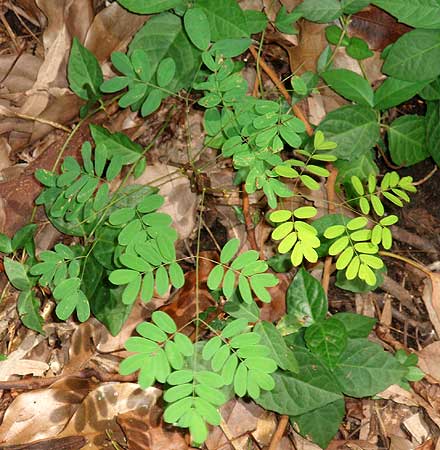 Caesalpinia is the name of a genus of controversial size (different publications include between 70 and 165 species), consisting of tropical and subtropical woody plants. It is named after the botanist Andrea Cesalpino. 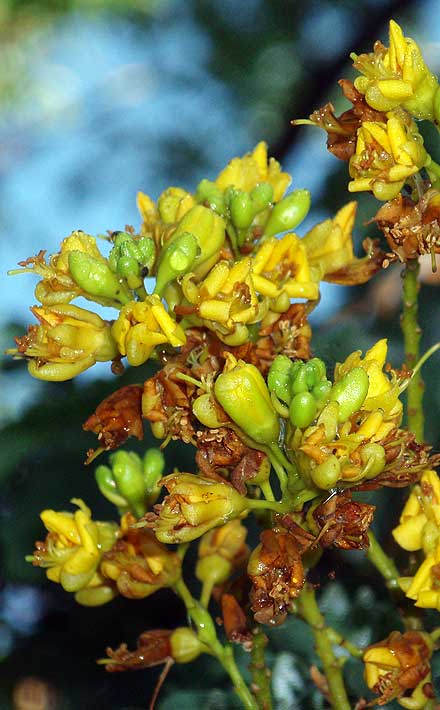