A fleshy (succulent) perennial with erect stems growing 30-120 cm tall, native to southern Africa. Introduced as an ornamental, now a widespread weed of untended areas such as waste ground, roadsides, pastures and spare allotments. The stems are rigid, upright (erect) and a greyish colour. Leaves are cylindrical with a lengthwise (longitudinal) groove. There are a few ‘teeth’ at the leaf tip (apex). Stems and leaves have a dark mottling and plantlets form in the marginal notches of the leaves. Fowers are tubular ‘bells’ (2-3 cm long) that are either orange-red or pink in colour. They are drooping (pendulous) and grouped into tightly branched inflorescences at the ends of the stems. Flowering occurs mainly during winter and spring. 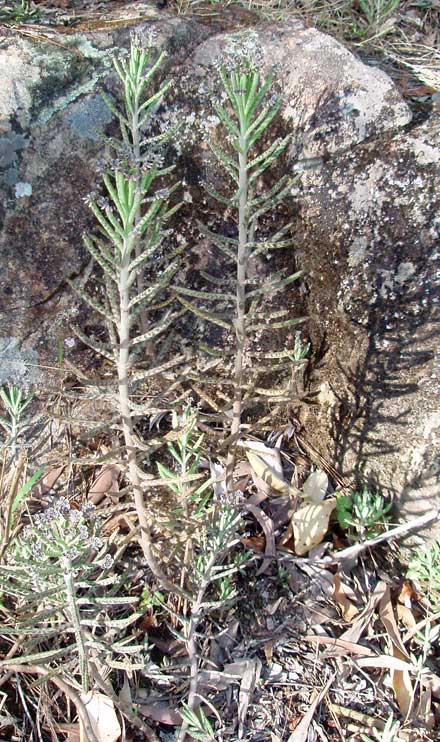 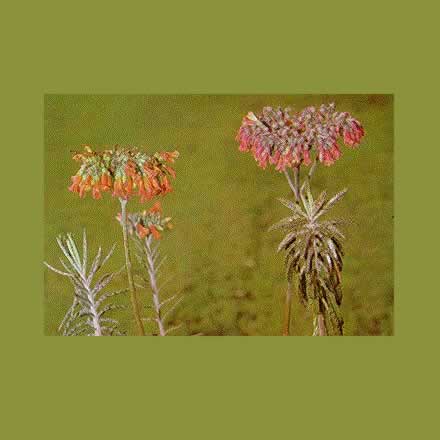 Declared noxious in Queensland (Category P4 – to be prevented from spreading from the places in which it occurs in the State). It is also declared in New South Wales and prohibited entry into Western Australia. It is poisonous to stock and causes stock losses. 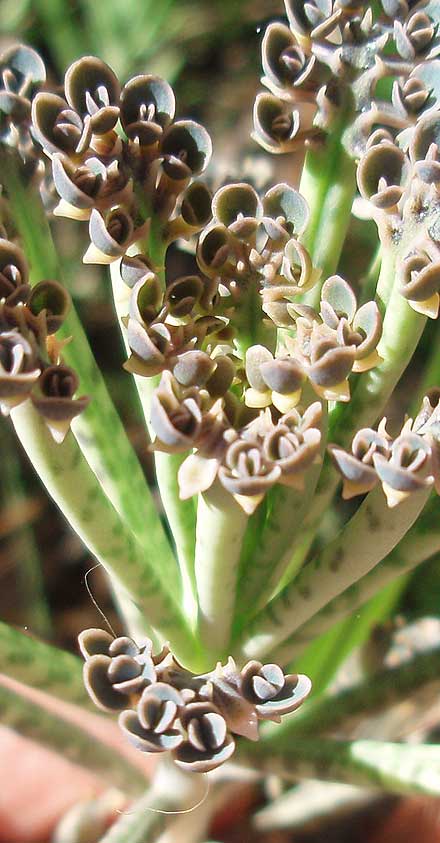 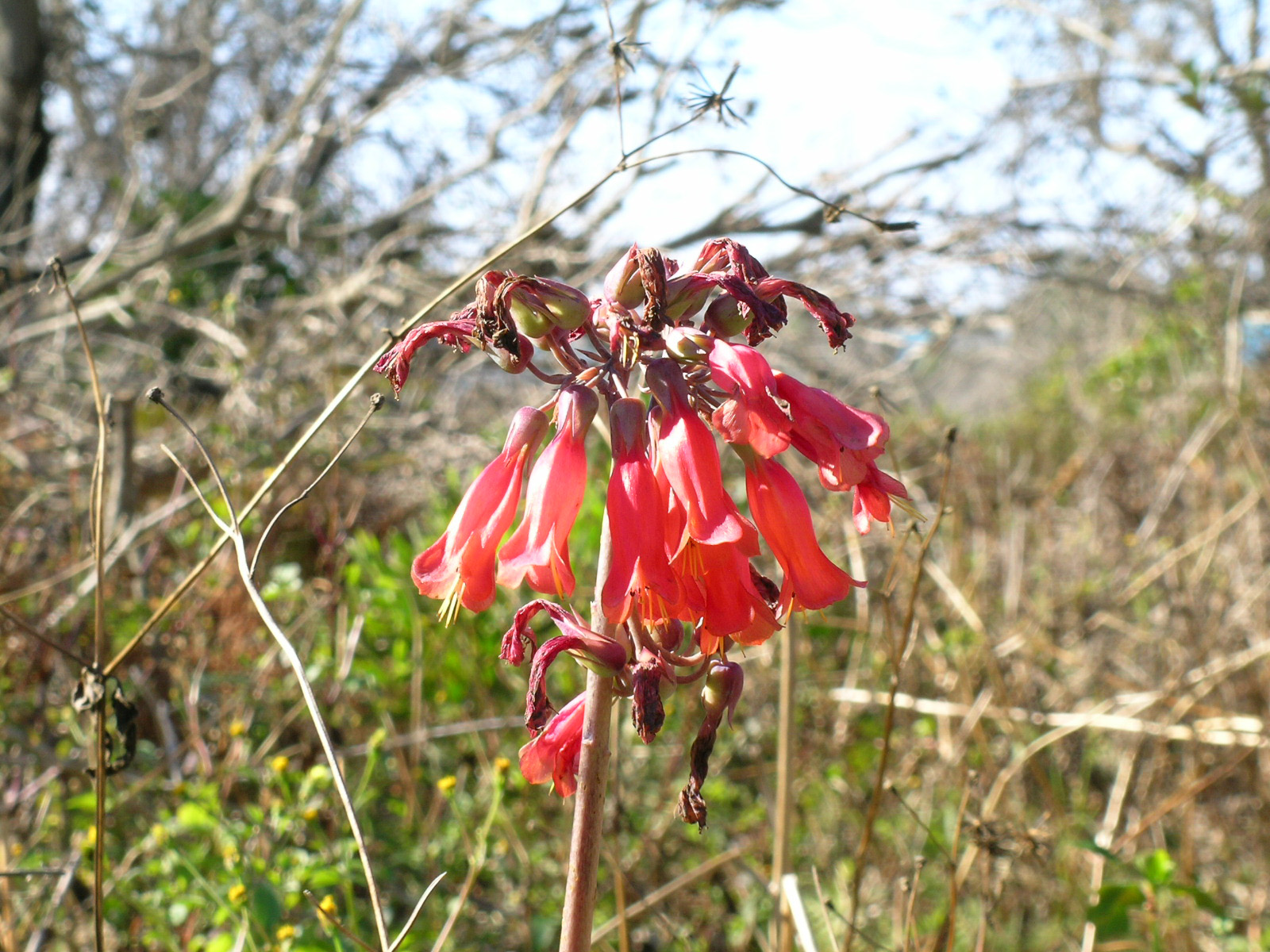