← Bridelia exaltata (PHYLLANTHACEAE) Brush Ironbark Brachychiton discolor (STERCULIACEAE) Lacebark Tree →
A very important and hardy undergrowth shrub in Enoggera catchment bush regeneration. Shrub to about 3 metres common over much of Queensland in most kinds of country. Leaves are soft, elliptical (oblong) to 2 cm. The appearance of the leaves is strongly two-ranked, that is, alternately disposed on opposite sides of the stem. Flowers are inconspicuous, on the undersides of the stems at the leaf axils, each with a diameter of about 3 mm. Regenerates naturally on moister parts (gullies) of dry hillsides in the Enoggera catchment. 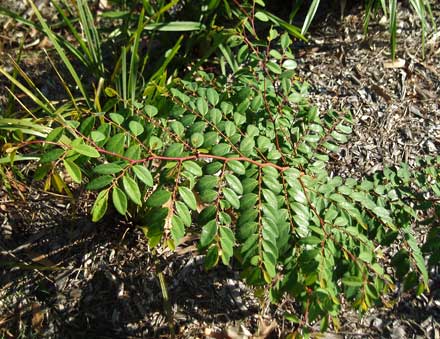 The fruit are round berries, diameter to 5 mm. Initially whitish green they turn red then black as they ripen. Oblongifolia from Latin oblongus, elliptical or obtuse at each end, folium a leaf, referring to the shape of the leaves. Common names include Coffee Bush, Dwarfs Apple, Willgar. Pronounced “BRY-nee-a” not “BRAY-nee-a” because it is named after Jacobus and Joannes Breynius, pronounced bry-nee-oos. 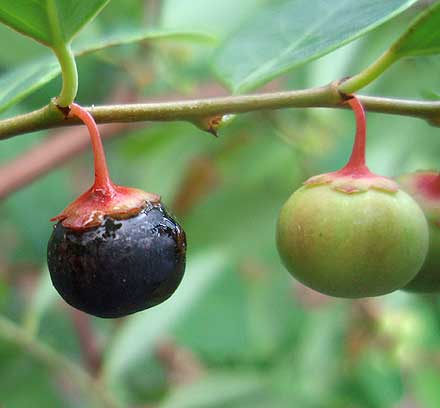 Host plant for many invertebrates. The colourful green and orange beetle Lampromicra senator congregates on this plant in dry times. The foliage is food for the caterpillars of several Australian butterflies and moths including the Large Grass-yellow Eurema hecabe. 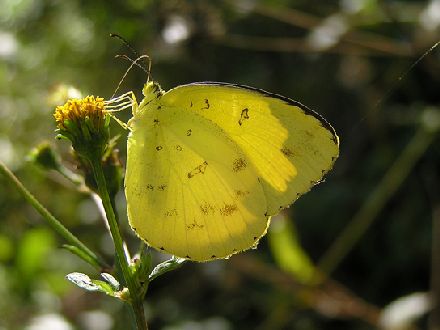 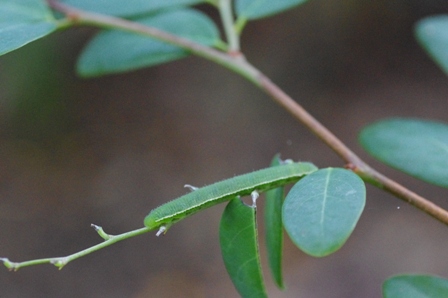 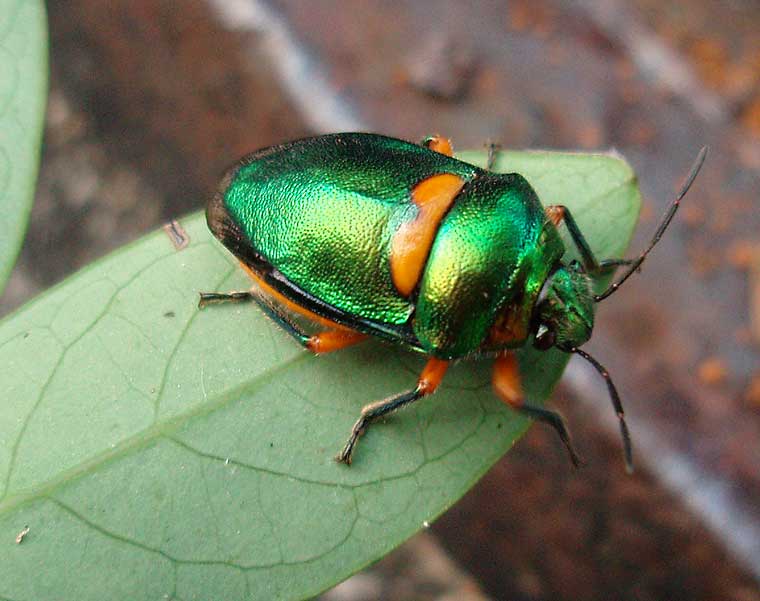