This group works on Riaweena Street, The Gap, west of Illowra Street. This site has some established trees and excellent habitat but has also had a huge Cats Claw weed problem.

Matt Tomkins and Vicky Hannay have been very active in this group which has spent many years removing the infestation of Cat’s Claw and Madeira Vine upstream of the footbridge to School Road.

The site stretches from the corner of Payne Rd and School Rd to the back of the Gap High School. It is is one of the most well established of the SOWN sites, with some plantings going back to the mid 1980s. The Bob Wilson Bushcare Site is also located along this section of the creek. 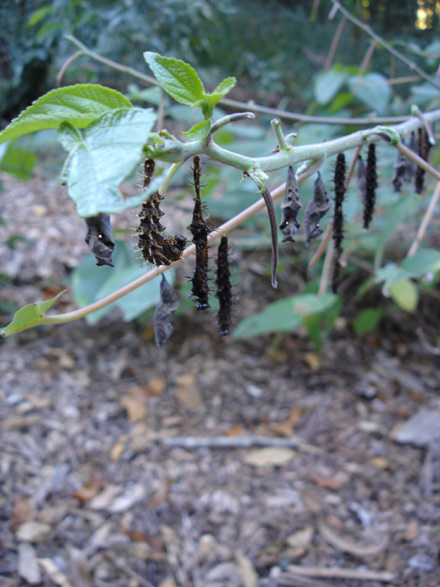 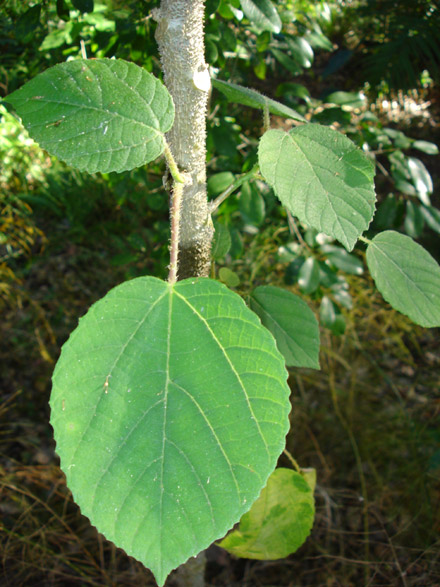 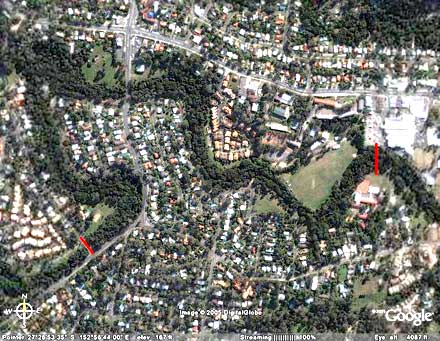 Group leader Bob Whiteman has been working in this area since 1990. In the early days Bob teamed with the late Bob Wilson to whom the site is dedicated.

The two Bobs met through SOWN. They started on a section of creek bank downstream from School Road that was mown grass and weed trees. Gradually they replanted rainforest along the creek. When Bob Wilson died suddenly of a heart attack, Bob Whiteman and other locals carried on the work, planting about 8,000 native species over nearly 30 years.

Now it’s a maturing forest with the biggest threats coming from the invasion of weedy vines and trees such as Chinese elm Celtis sinensis and camphor laurel Cinnamomum camphora. Despite the weed threat, there is also significant natural propagation of native plant species along this section of the creek.

Some sections of Enoggera Creek within this SOWN site were once popular places for locals to swim. This image depicts the swimming hole behind The Gap School (The Gap State Preschool Centre now stands on this site). The photo was taken prior to the 1931 flood. 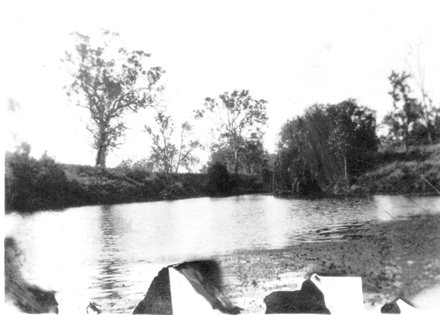 Eastern entrance to the high footbridge linking the pedestrian pathway between School Rd and Riaweena St, The Gap. The white paling attached to the tree on the right marks the level of the 1974 flood. 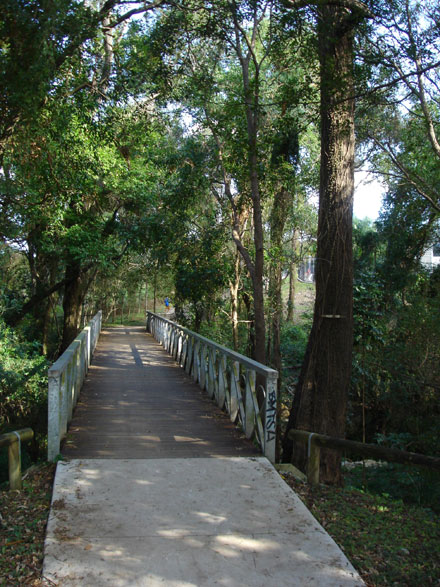 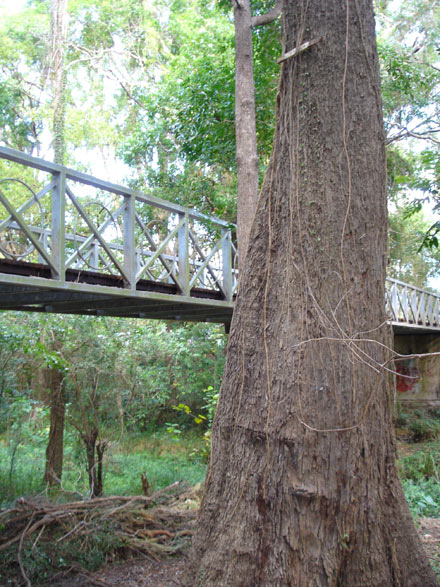 View of the 1974 flood marker from the creek flat.