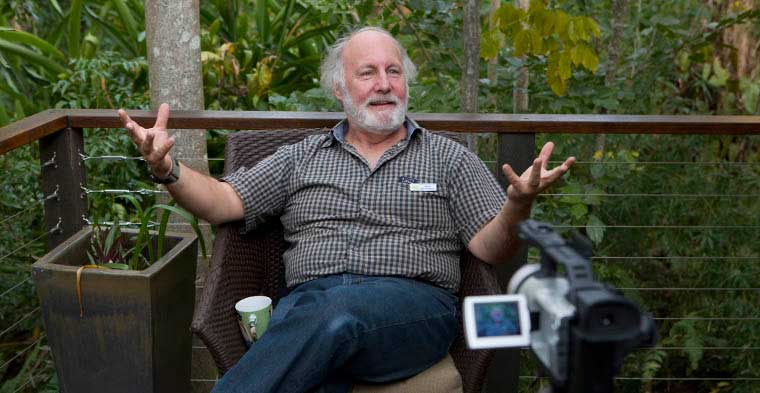 Bob Whiteman’s interest in environmental conservation began with a Christmas tree that outgrew its pot; “I went and planted it on the creek and nurtured it. It’s still there. It was as simple as that.”

While he remembers the early organization of SOWN as “simple and organic”, he also credits the principles of the group and securing Brisbane City Council’s involvement as important markers of SOWN’s development. “We had to change the attitude that creeks were just open drains. We got some very sympathetic Councillors on our side who said, “We want you to take charge: we will back you.” We created that much interest and that much support that the Council responded.”

Bob says wanting to give back united SOWN members, but thinks volunteering is more than altruism. “[Volunteers are] not only doing something good for the environment, but deep down doing something for themselves as well. Not in a selfish way, but saying there’s something in me that needs to be nurtured… It’s meeting a need that all of us have got. I have this deep satisfaction that I’ve given something back to the world that created me”.