A small to medium-sized tree to 12 m, deciduous in the dry season.

Leaves to 20 cm long are broad, rounded, and bilobed at the base and apex.

The fruit is a pod 15-30 cm long, containing several seeds. 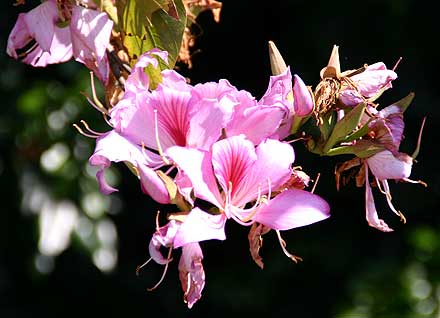 Readily escapes into creeklines from gardens and from street trees.

About 600 species of Bauhinia grow in the tropical regions of the world. The genus includes trees, vines, and shrubs frequently planted for their showy flowers.

Has escaped and naturalized in the southern foothills of Puerto Rico and throughout the West Indies. 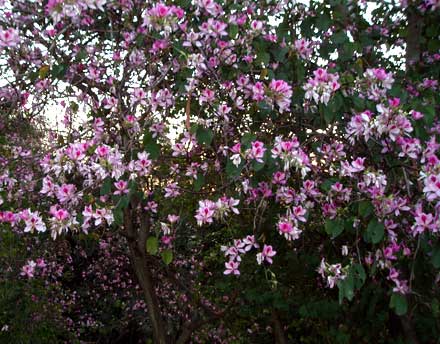