← Bothriochloa bladhii (POACEAE) Forest Bluegrass Baloghia inophylla (EUPHORBIACEAE) Scub Bloodwood →
Banksia integrifolia is thought of as a coastal plant, but it occurs between Victoria and Central Queensland in a broad range of habitats, from coastal dunes to mountains. It is recorded from Brisbane Forest Park.

It is highly variable in form, but is most often encountered as a small tree to 10m. Its leaves have strikingly contrasted dark green upper surfaces and white undersides. 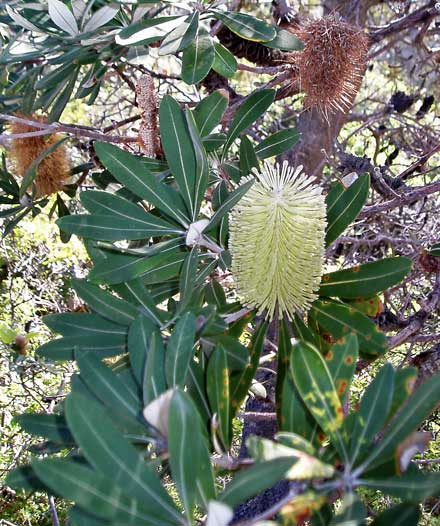 It is one of the four original Banksia species collected by Sir Joseph Banks in 1770, and one of four species published in 1782 as part of Carolus Linnaeus the Younger’s original description of the genus.

Widely planted in Australian gardens, leading to concerns about its potential to become a weed outside its natural habitat. 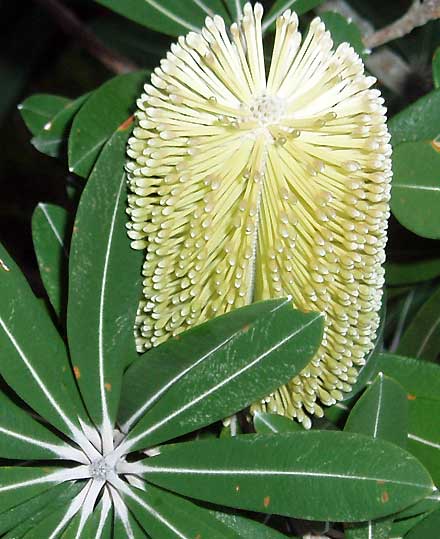