← Banksia integrifolia (PROTEACEAE) Coastal Banksia Backhousia myrtifolia (MYRTACEAE) Grey Myrtle →
Medium tree to 15 metres or dense shrub widespread in all types of warmer rainforest; north from Tilba Tilba NSW including Melanesia. Bark exudes a clear sap which turns red. Due to this resin, it will burn when green, unusual for a rainforest tree. Leaves simple, opposite, elliptic to oblong, thick, tough, both surfaces smooth but ridged slightly by raised venation, green and shiny, paler below, abruptly tapered to a point at the apex, the widest part of the leaf. Flowers are perfumed, creamy white, in terminal racemes from August to October. Separate male and female flowers on same plant. Fruit 12-18 mm capsule green turning brown containing (but not always) three mottled-brown seeds, December to March. The sap was used by early settlers as a tonic astringent and for staining furniture and marking convict clothing. 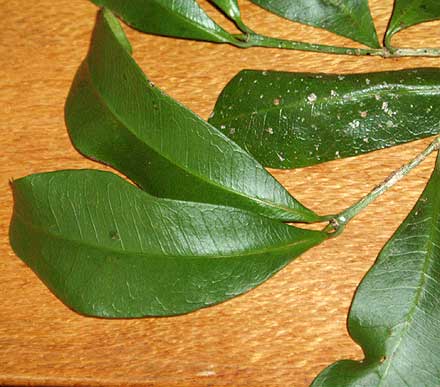 Baloghia is a genus of plants under the family Euphorbiaceae. It comprises 12 species, found in Australia (Queensland, New South Wales), New Caledonia and Norfolk Island. Baloghia after Dr Joseph Balogh who wrote a book on the plants of a northern provence of Romania. Balogh is a Hungarian surname. Propagate from fresh seed. Can also be grown from cuttings which strike easily. Seldom seen in cultivation, but an attractive plant. 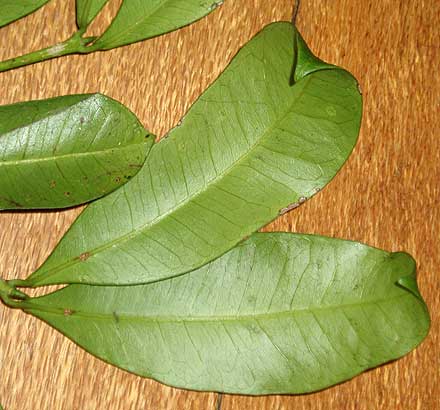 Stipules when shed leave a scar encircling the stem above some pairs of leaves. 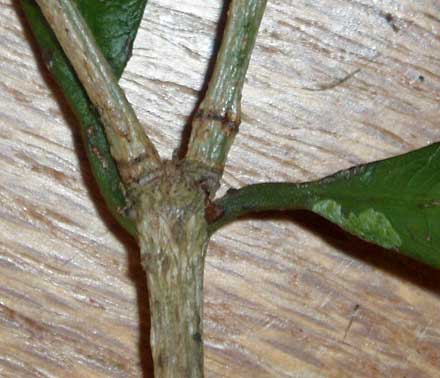 Two glands (looking little more than slightly-raised leaf rims) can be seen at the base of the leaves. Characteristic, but not very conspicuous. This photo was taken with a hand lens held up against the camera lens, using the macro setting. 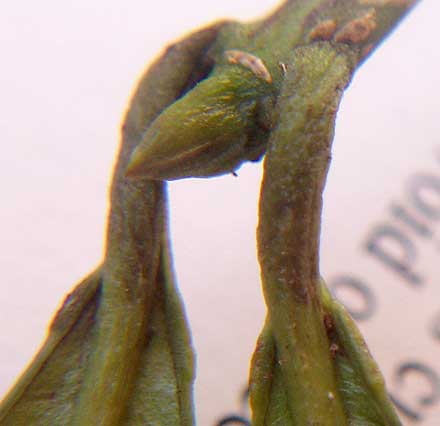