Very common riparian species on dry banks but rarely planted, probably because of the difficulty of obtaining seed. Can to be hard to establish, susceptible to drying out when young, though becomes very drought hardy when mature. Small tree to 7 m tall, leaves are simple, opposite and entire with a fine point and between 5-7 cm long. Prefers light (sandy) and medium (loamy) moist well-drained soils in full, or nearly-full sun. Does not like shade. The foliage when crushed smells a little like cinnamon, or bubblegum. An overlooked species, crucial for natural riparian systems in rocky areas. 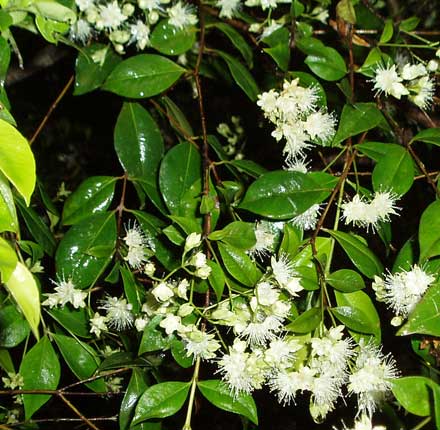 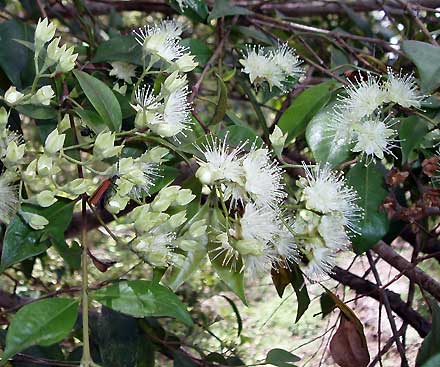 This photo features a Lycid Beetle, or a similar mimic. Photo: Robert Whyte

Backhousia is named after James Backhouse (1794-1869). Born in Durham, Backhouse was apprenticed to a chemist in Darlington, then trained for two years in a Norwich nursery. He became a nursery owner in York 1816-31. Backhouse arrived in Hobart Town in 1832. From there he visited and reported on penal settlements and Aboriginal establishments, collected plants and promoted temperance in New South Wales, Norfolk Island and Moreton Bay, and later Melbourne, Adelaide and Perth. He visited Africa 1838-41 before returning to the nursery business in York from 1841. Backhouse wrote A Narrative of a Visit to the Australian Colonies published London 1843. He gave Kew Gardens two manuscript volumes of botanical recollections of Australia in addition to plant specimens. 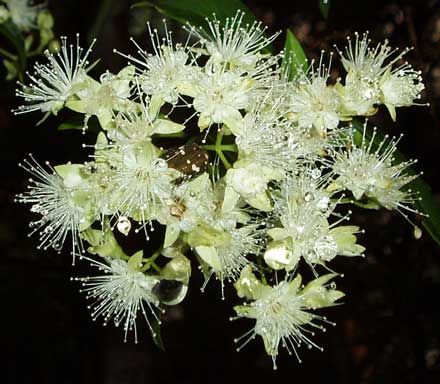 Myrtifolia from Latin myrtus a myrtle or myrtle-tree and folium a leaf referring to the resemblance of the leaves to that of the European myrtle. 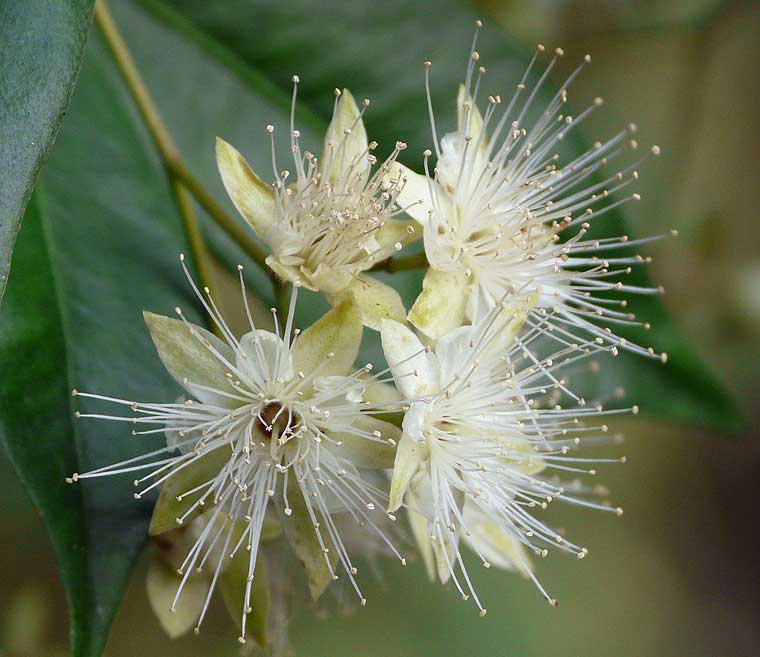