Leaves are alternate, semi-evergreen, variable in shape, obovate to narrowly oblong, some nearly diamond-shaped, upper half of leaf with a few coarse teeth, leaves from upper crown and near ends of twig often lacking teeth, shiny green above, may be sticky, paler beneath.

Both male and female flowers occur in terminal, branched clusters and appear as feathery white tufts (some purple) in late summer.

Fruit is a small achene tipped with long feathery white bristles (dandelion like). It ripens in early Autumn and often in great abundance giving the plant a silvery look. 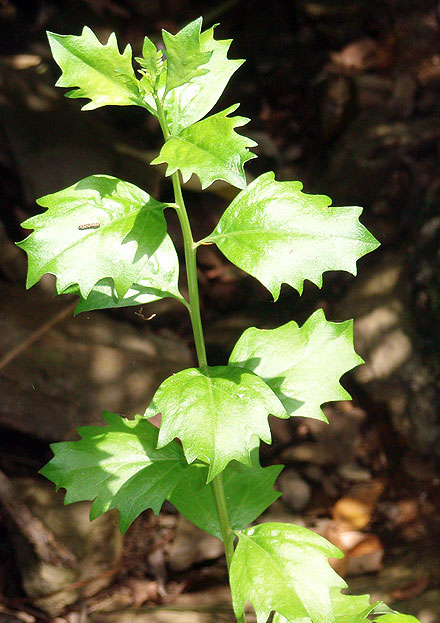