Papery fruits up to 12cm long with kidney shaped seeds from December to January.

Can be used as a ground cover. Spectacular in flower.

The seed can be propagated if scarified first. 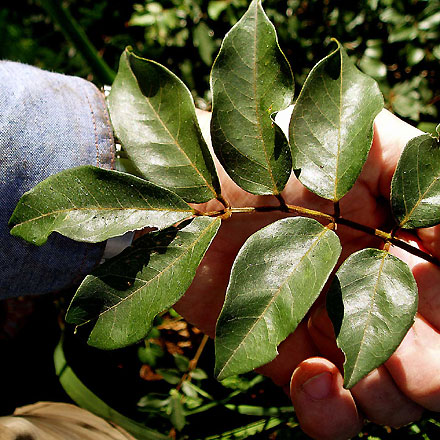 The distinguishing feature to differentiate Blood Vine from Native Derris (Derris involuta) are the stipels — a feature of Blood Vine, but not Native Derris. Also a Fabaceae Derris has compound pinnate leaves with 9 to 13 ovate to elliptical leaflets, bluntly rounded, roughly widest at their midpoint. Derris tends to look more glaucous (cabbage coloured) on the undersides and more greenish (rather than with a brownish tinge) overall.

Although hardy and drought tolerant, will do best if it has plenty of water. 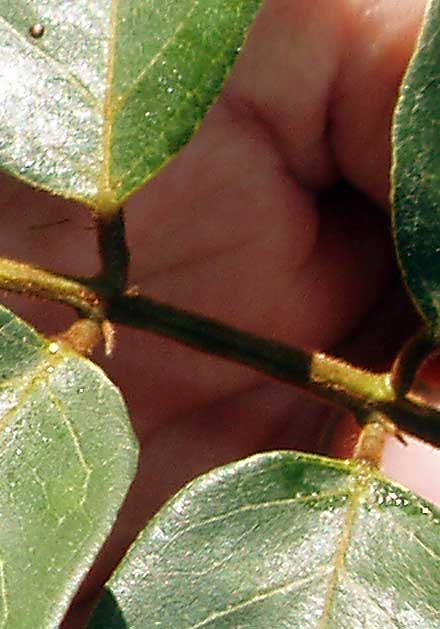 This gigantic specimen of the Blood Vine (Austrosteenisia blackii) reaches right to the top of the canopy, which is just as well, since much of the canopy here is dead Camphor Laurel, on which this vine is growing. 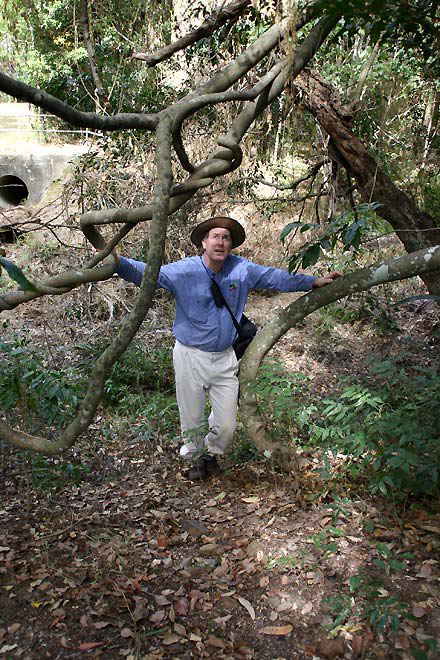 This photo shows how enormous this Blood Vine is. Those are size 11 boots near its base. Quite a spectacle and amazing to find in a suburban creek surrounded by houses, schools, shops and playing fields. 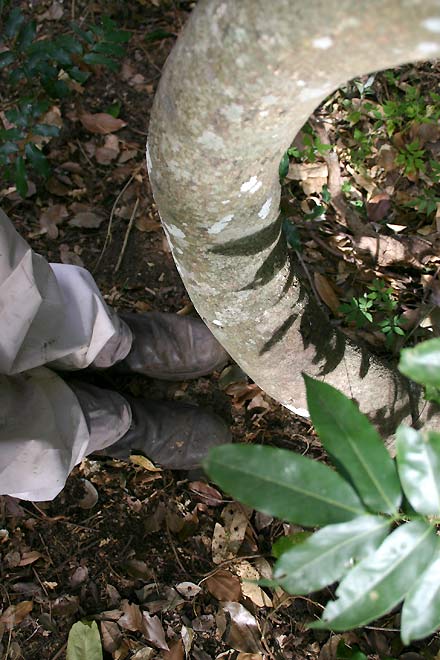