Tends to grow in a pyramidal shape in the open. 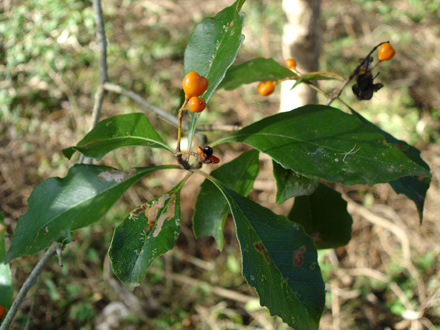 Formerly known as Pittosporum rhombifolium. Pittosporum meaning ‘pitch-seed’ which refers to the resinous film covering the seeds and rhombifolium the rhomboidal shape of the leaves.

It is hardy in fairly rich soils although it will not withstand waterlogging, however it likes plenty of moisture. 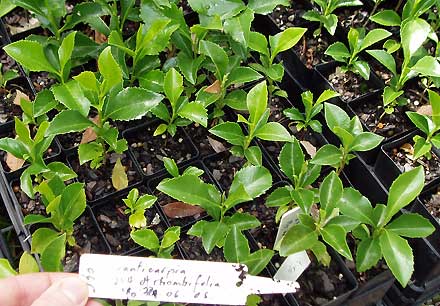 Can be a fast grower in well drained positions with plenty of moisture. Hardy in dry periods.

Auranticarpa, a new genus since 2004, occurs mostly in monsoonal northern Australia, and has six species. A. melanosperma, A. resinosa and A. rhombifolia came from Pittosporum and 3 were new A. edentata, A. ilicifolia and A. papyracea. 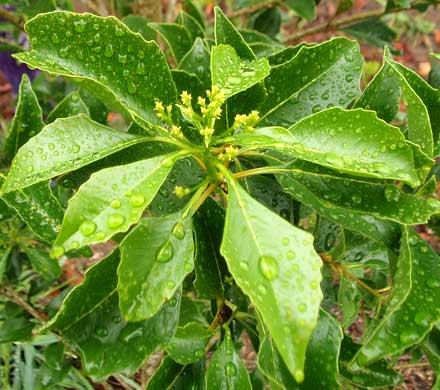 Fruit is a small orange/yellow pear-shaped capsule with black seeds. Ripe April – May. The berries are carried on the tree for several months. Successful garden and street tree because of its attractive foliage and fruit.

To propagate: dry the ripe fruit to split capsules then plant seeds immediately. Germination may take 2 to 3 months. 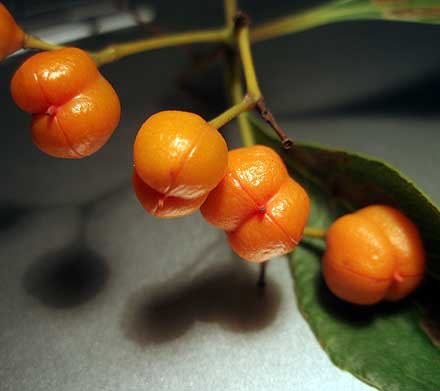