A relatively large and dense clump about 1.5 x 2.5 m in size is spreading vegetatively via rhizomes. It probably originated from a garden dumping some time ago. 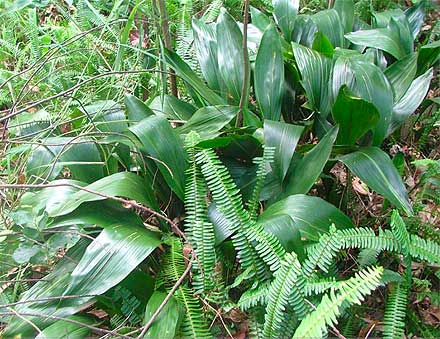 It can stand hard, poor soils, but not soggy conditions and not too much sun. In variegated varieties, color patterns often disappear if the plant is grown in rich soil. Spreads in clumps, vigorously at a moderate rate.

Thrives in deep to moderate shade. 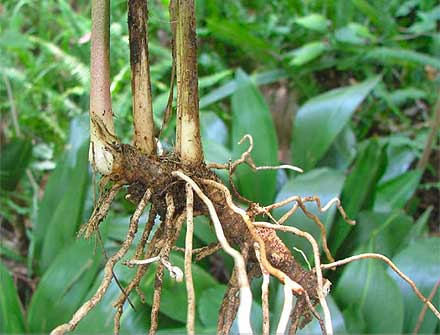