Once this weed gets established it can smother trees. It is difficult to remove – an interconnected root mass develops.

At SOWN we trace the larger stalks back to the crown, slice the top of the crown off, and poison with neat (100% concentrated) 360 Biactive glyphosate.

Spread by birds and dumped garden waste. The thorns take no prisoners but are generally less harmful than an unexpected encounter with Smilax. Long sleeves and long trousers are required gear if tackling this weed.

Can grow to 15 m if it has trees to support it. Sometimes the stems reach up to 2 cm across in older specimens. 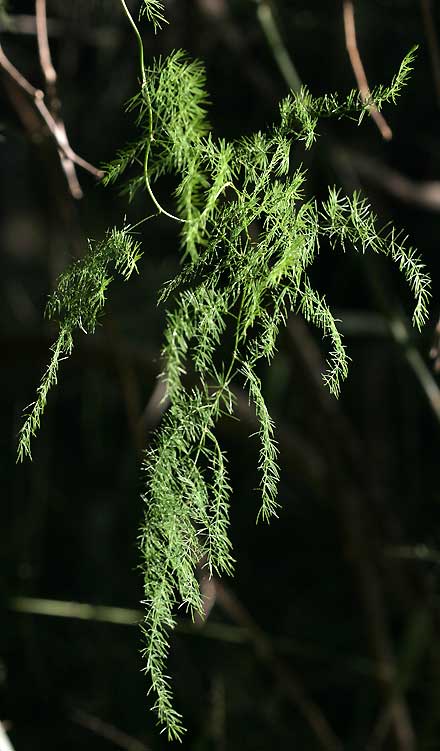 The asparagus spears grow very quickly in the spring and in summer, around 30 cm a day in some circumstances. The tips of the spears are deliciously sweet and crunchy, and no ill has befallen any of the volunteers who have eaten them. Being the same genus as commercial asparagus it is reasonable to assume they are edible. (They are listed in various places among food plants.)

As you would expect this plant, while not forming large tubers, can suck the moisture from a rainfall with great efficiency, starving local native plants. Cut and paint methods on the crown (as long as you are sure to get all the growing parts of the plant) will liberate large quantities of water otherwise lost.

In a mulched site you will see many regrowing Asparagus Ferns appearing from crowns that have not been killed. These can be lifted with a mattock, or kicked out with steel caps. The resulting hole is a good place to plant substitutes, like Richmond Birdwing Vine. 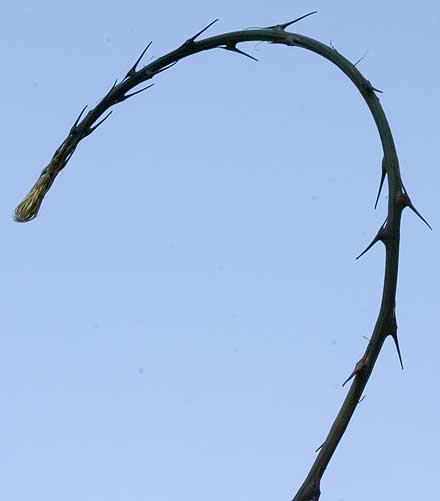 Small white flowers form along the branches, mainly in spring. Sepals and petals are whitish and all appear to be petals (look like petals).

Fruit are green, then orange, berries. 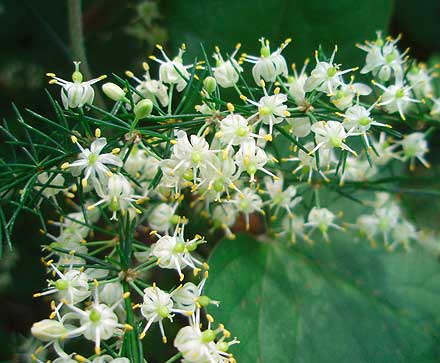 Generally it is better to leave the foliage in the canopy unless it has masses of ripe fruit which you can remove from the site. If the area is being cleared meticulously, the fallen fruit can be raked away with the leaf litter and piled up on mulch piles where it can be resprayed if its sprouts. Mulch piles will often reach the temperatures required to cook out (kill) the seed. 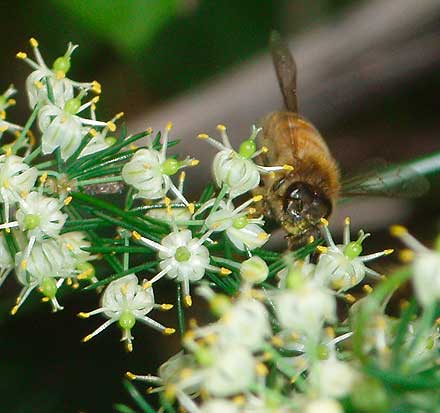