Stems are slender and erect and exude a milky sap (latex).

Leaves are opposiite, narrowly elliptical to narrowly oblong with a pointed tip and a gradually narrowing base. Dark green to mid green above, paler below. Scattered hairs above and below.

Named for Asklepios (ass-KLE-pee-us), the god of healing in Greek mythology.

Curassavica (ku-ra-SAV-ik-uh) means from Curacao in the Caribbean. 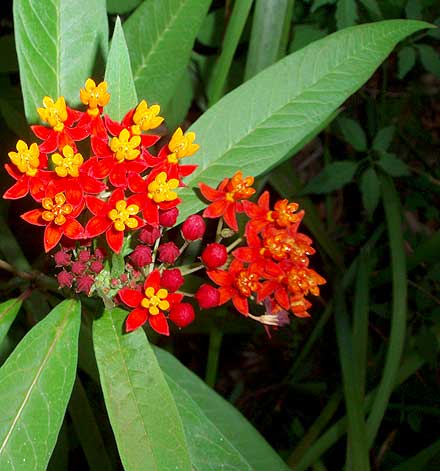 Flowers have five red petals fused at the base and a yellowish-orange central crown in clusters on a stalk late winter to late autumn.

Weed rating 3.4 out of 5 by the Queensland Herbarium. 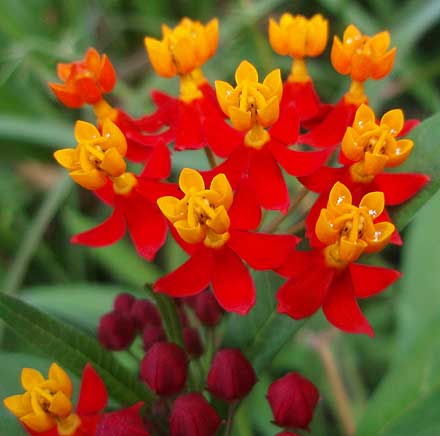