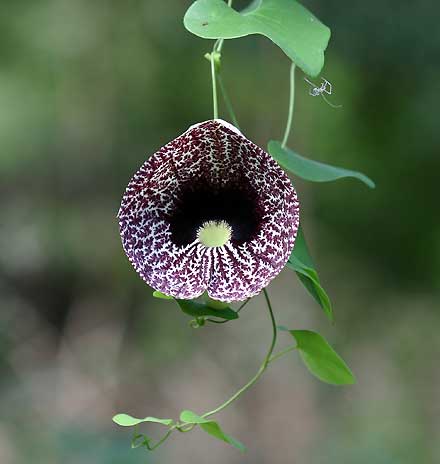 Alternate, hairless (glabrous) leaves are broad and somewhat heart-shaped (cordate) in appearance to about 12 cm. The undersides of the leaves are usually a paler blueish-green (glaucous, meaning cabbage coloured). Showy flowers on stalks (peduncles) are composed of a perianth tube, pale with reddish-purple blotches like a Mandlebrot fractal mainly during summer. Locally native vines that grow naturally in areas where Dutchman’s Pipe has invaded include Embelia, Pearl Vine, Pleogyne. Of these the Pearl Vine Sarcopetalum harveyanum closely resembles Dutchman’s Pipe and could easily be pulled by mistake. 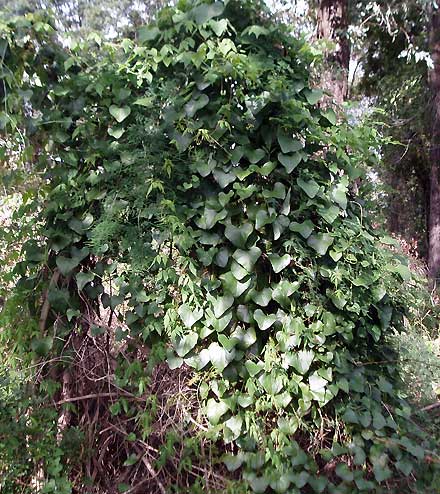 Fruit are cylindrical capsules with a short projection at the apex. Seeds are flat and about 6 mm in length. The fruit as shown in this photo by Dr Don Sands of the Richmond Birdwing Recovery Network is dehiscent, meaning it splits apart. The seeds can then spread far and wide on the wind, a distinct advantage compared with the Richmond Birdwing Vine, which has a fleshy fruit with sweet pulp that falls to the ground. It is cultivated by brush turkeys (scratched into the earth) as they eat the pulp. If vines cannot be dealt with immediately and are within reach, it would pay to collect, bag and remove the seed capsules of this vine from the site. 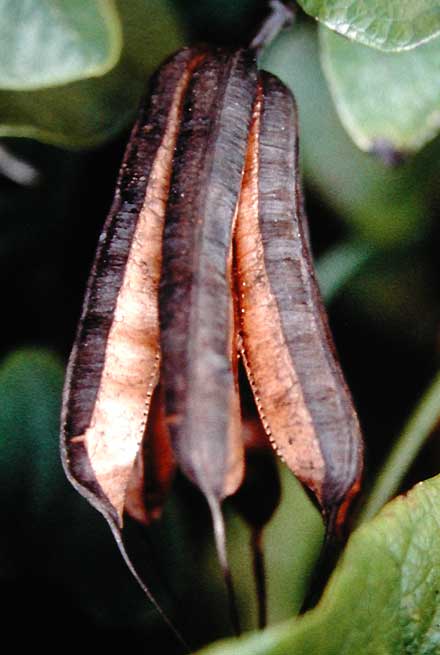 This photo by Dr Don Sands shows a caterpillar of the Richmond Birdwing Butterfly on the undersurface of a Dutchman’s Pipe leaf. The caterpillar has died after chewing on the toxic leaf. A paper published May 2000 said, “One new biphenyl ether, aristogin C (1), and two new porphyrins, aristophylls A (2) and B (3), as well as 11 known compounds, were isolated from the leaves of Aristolochia elegans.” 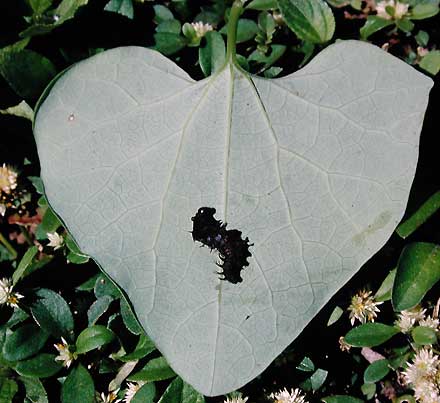 The young flowers are very attractive, even before they open. It is no wonder that this plant was very popular as a garden plant. The name Aristolochia is from the Greek Aristo meaning best and lochia delivery, referring to the medicinal qualities of the plant in helping childbirth (a-ris-toh-LOH-kee-uh). Elegans, of course, means elegant. 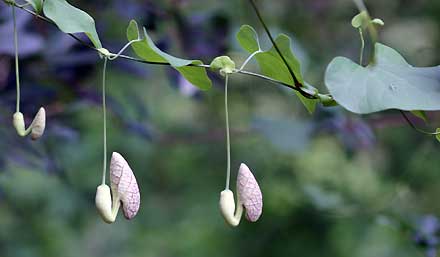 The detailed dark red, maroon design on the flower is intricate and stunning.

Seedlings and young plants can be hand-pulled and small infestations of larger vines can be dug out. Dutchman’s pipe vine is known to root at each stem node, so digging out a large vine could cause a lot of disturbance to adjacent native seedlings. Herbicide can also be used. Canopy vines can be cut first at chest height and vine stems left in the canopy to die. For smaller diameter vines make a second cut closer to the ground just above the first rooting node and immediately apply a glyphosate-based herbicide to the basal stem cut. On larger vines, it is more effective to cut and scrape along the basal section of the stem (back towards the main root) and then apply herbicide to the scraped stem section. This increases the surface area of exposed plant vascular tissue available for absorption of the applied herbicide. 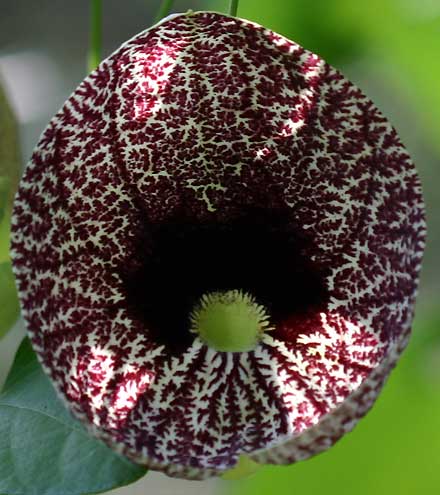 Any Dutchman who smoked this pipe would undoubtedly become very ill indeed. All parts of the plant are poisonous and should not be handled without gloves. It is suspected of poisoning livestock. 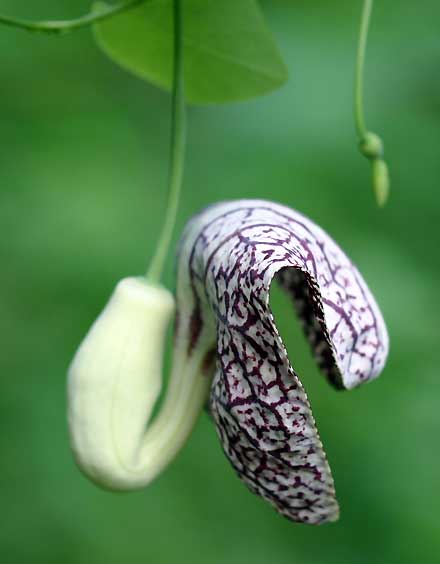