← Araucaria cunninghamii (ARAUCARIACEAE) Hoop Pine Aphanopetalum resinosum (CUNONIACEAE) Gum Vine →
The Bunya Pine is a large tree to 40 m, with a straight, rough-barked trunk, and a very distinctive symmetrical, dome-shaped crown. This is a contentious plant for inclusion in the Enoggera species list. It is unlikely to be a native to Enoggera catchment, since its range retracted to the Blackall Ranges and the Bunya Mountains thousands of years ago. There is a small occurrence in north Queensland on Mt Lewis and at Cunnabullen Falls. There was a time, however that the entire mega-continent of Gondwana was covered with Araucaria conifers. Glossy green leaves are lance-shaped, sharply pointed and about 50 mm long. 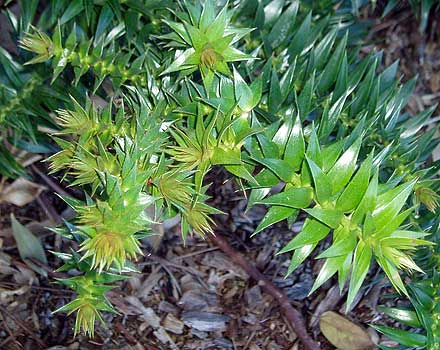 The female fruiting cones are very large (football sized) and each contains from 50 to 100 large edible nuts – a rich source of food for the Aborigines of South-East Queensland. The cones are more plentiful in some years than others. Most believe they are prolific once every three years. They fall from the tree when ripe often late January and early February. The family is Araucariaceae and includes the Kauris Agathis spp. as well as Araucaria spp. The genus includes the Monkey Puzzle Tree from Chile, South America. 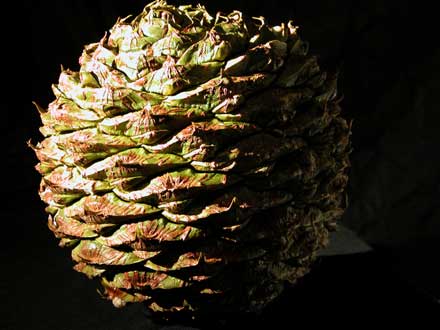 During the Bunya season, the South-East Queensland Indigenous peoples, and possibly peoples from further afield, would gather in the Bunya Mountains and other strongholds in the Blackall Ranges. The Bunya Mountains is the only place where stands of original trees, perhaps over 600 years old, are intact. There was generally an embargo on planting trees elsewhere, perhaps to maintain the special character of the Bunya Festival. 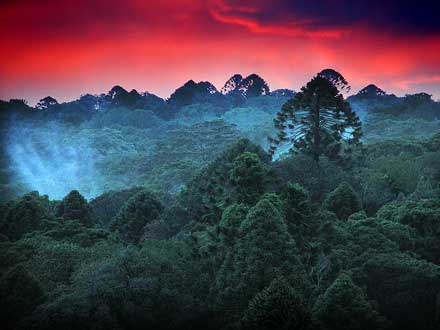 It has been planted throughout Brisbane and is a feature of our suburban skylines. A grove of around 200 Bunyas was planted at Botanic Gardens Mt Coot-tha in the 1980s. Bunyas have been planted along the creeks of the Enoggera catchment, notably on the Enoggera Reservoir, at Riaweena Street, on the Ashgrove Golf Course, along Tennis Avenue and in most larger parks. The trees on suburban streets in Brisbane are de-nutted by the Council to minimise the risk of damage to cars and pedestrians. The tree has been cultivated widely in other parts of Australia and throughout the world. It was a key species during the period of collecting in the 1800s and 1900s and features in many botanical gardens and in the gardens of stately homes, such as at Moorlands House below. 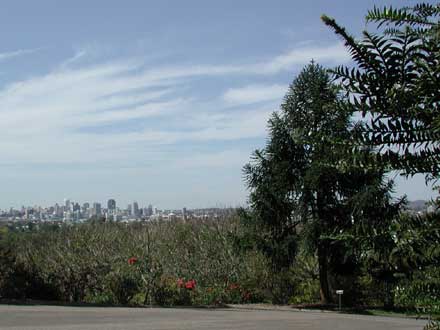 They are reportedly slow growers but if they gain access to plenty of water they can be fast when young. Slow growth may have been observed in colder, drier places. Their natural habitat is mist forest, where rainfall might not be very high, but the amount of moisture in mountain mists makes up for it. They can withstand temperatures of down to -4C and perhaps colder.

SOWN does not recommend planting Bunya Pines, as the forests of this catchment are much better suited to the Hoop Pine Araucaria cunninghamii (see next page). 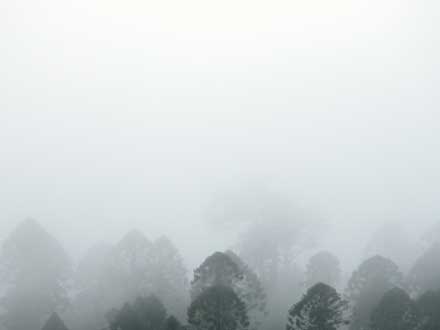 Araucaria from Auracanos the name of the Chilean tribe in whose territory the Monkey Puzzle Tree Araucaria araucana was first recorded by botanists. The Bunya Pine Araucaria bidwillii is named after John Bidwill who sent the type specimen to Kew Gardens in London in 1842. Aboriginal names include Bunya-Bunya, Banua-tunya, boonya, bunyi or bonnyi. Its nuts are either called jenggi, nangu or yenggee and the cone containing many nuts is called bahnyayenggee. 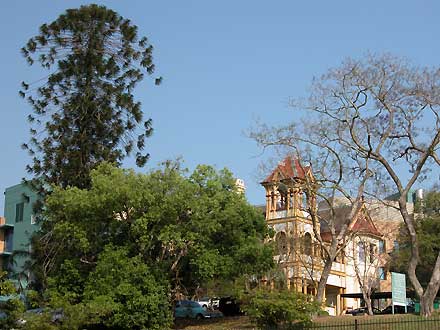