Opposite leaves are a dark glossy green, ovate to lanceolate with bluntly toothed margins. Stems are a rich dark red-brown with raised resinous dots, hence both the common and scientific names. 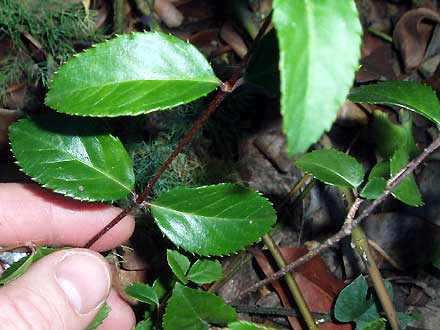 There are only two species of this genus. Both are native to Australia. The Other species A. clematideum is found in Western Australia between Geraldton and Fremantle. This tends to indicate a very extensive rainforest habitat stretched across the continent at some stage. 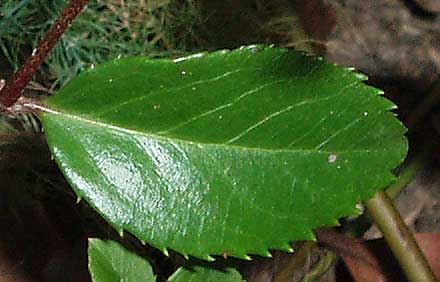 Flowers are greenish yellow, 12 mm in diameter, and arise from the leaf axils in short cymes or loose panicles. Flowering time is usually late spring to early summer. The flowers appear to have 4 petals but these are in fact the sepals which enlarge to enclose the fruit as it develops.

The petals are absent or minute (hence the genus Aphanos invisible and petalon meaning petal).

The fruit is a nut is surrounded by a persistent calyx. 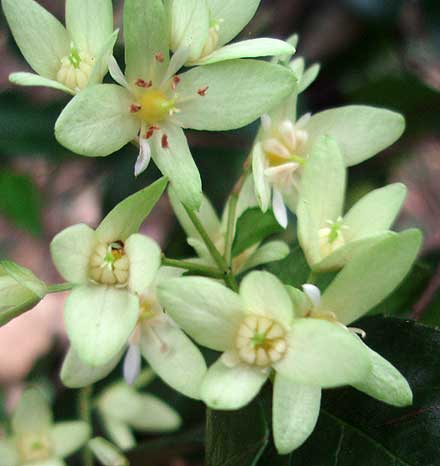 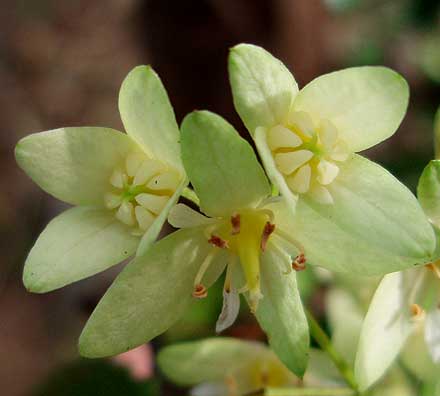 This closeup of the attractive flower was taken in a patch Of remnant scrub on the north-eastern side of Walton Bridge Reserve. 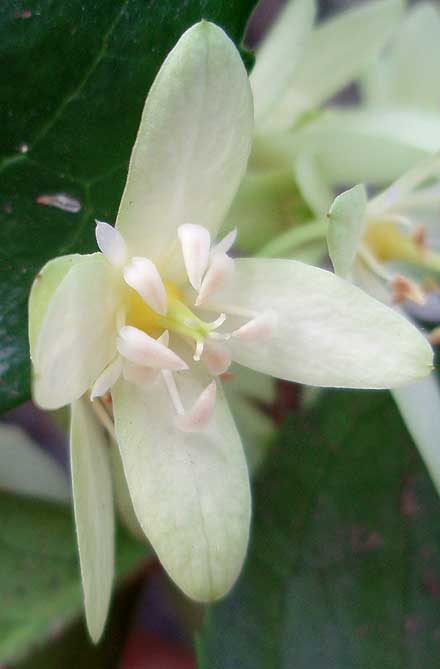 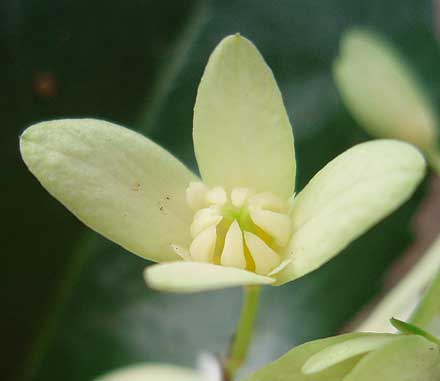