A perennial, twining or climbing vine, forming large numbers of tubers along stems and from the roots.

One of the worst weeds of the Enoggera catchment. In bushland, the vines engulf native species, reducing light penetration and often killing the plant underneath.

Stems are hairless and grow in a twining fashion.

Leaves are more or less heart shaped (cordate) or broadly egg-shaped (ovate), tapering to a point or almost rounded at the tip.

Knobby tubers form on the stems. 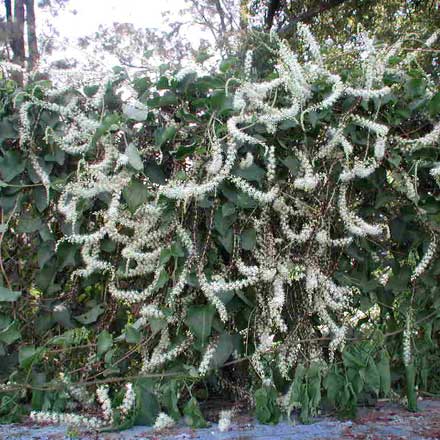 The aerial tubers pose significant challenges for bushcarers. When disturbed, they can scatter through the site. A tuber as small as the end joint of your little finger can be cut into dozens of pieces, nearly all of which will sprout.

Madeira Vine is a common weed of urban areas and bush gullies. It was originally introduced to Australia from South America as an ornamental climber. This vine spreads quickly, entwining its stems around any nearby structure or other plant up to 40 metres in height.

New vines can sprout from even fragments of tubers, which should be bagged and taken off site.

It is edible, being closely related to Vine Spinach Basella alba. 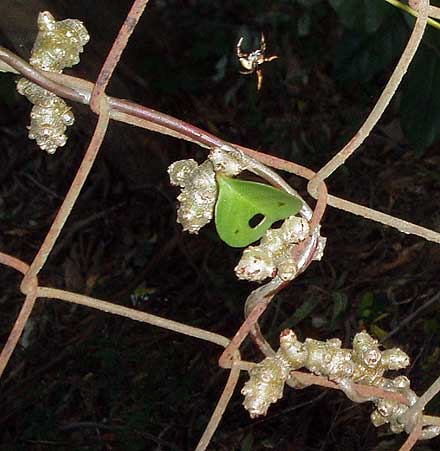 This photograph was taken in a patch of remnant dry rainforest scrub near Walton Bridge Reserve, The Gap. 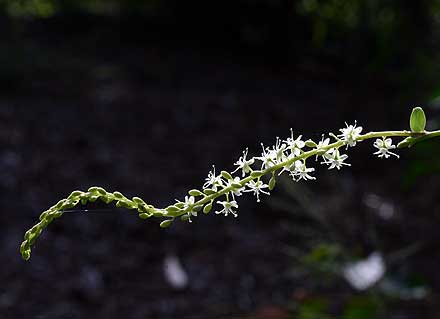 A close-up showing the flower structure of an inflorescence of Anredera cordifolia. As with many weeds, the flowers are pretty. 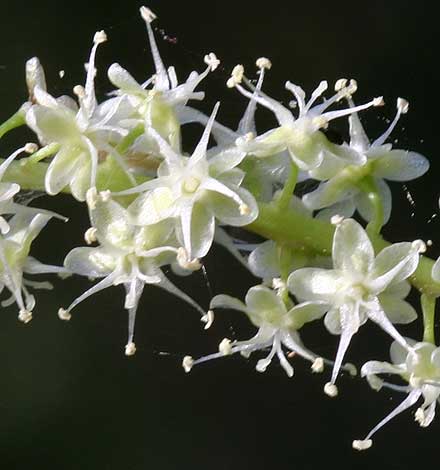