Profuse white flowers in bundles at the ends of twigs in Summer. 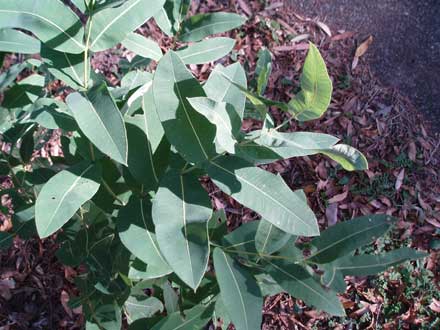 This specimen is less than a year old, having sprouted on the western bank of Fish Creek just above the junction of Fish and Enoggera Creek.

Angophora is a genus of ten species of trees or large shrubs in the myrtle family (Myrtaceae), native to eastern Australia. It is closely related to Corymbia and Eucalyptus, and all three are often referred to as “eucalypts”. The differences are that Angophora have opposite leaves rather than alternate, and lack a bud cap or operculum. Angophora also has fruit with sharp ribs, while the fruit of Eucalyptus is usually smooth. 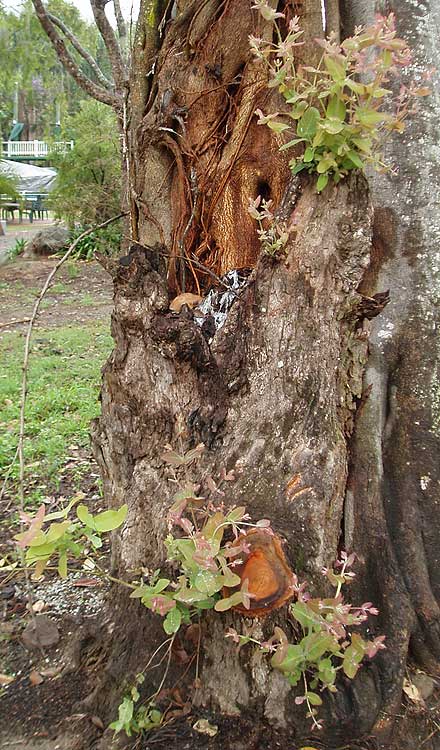 This Angophora has been strangled by a fig. Photo: Robert Whyte

The species vary in appearance from a bushy form, such as the Dwarf Apple (Angiophora hispida), to tall trees growing to a height of 30 m. The bark is rough and scaly. The lanceolate leaves are darkgreen. The creamy white flowers grow in large inflorescences. 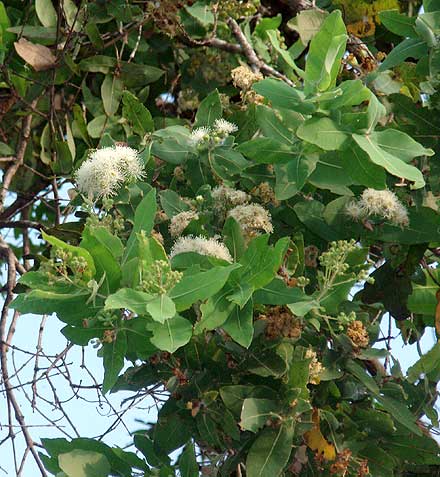 The name comes from the Greek angeion a vessel or goblet, and phoreo I bear or carry, in reference to the fruit which resembles the gum nut but lacks the operculum. 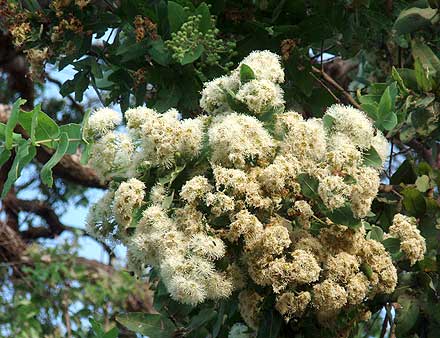 This tree readily germinates in mulched areas naerby mature specimens, as is the case in Walton Bridge Reserve, The Gap where many have sprung up along Fish Creek. 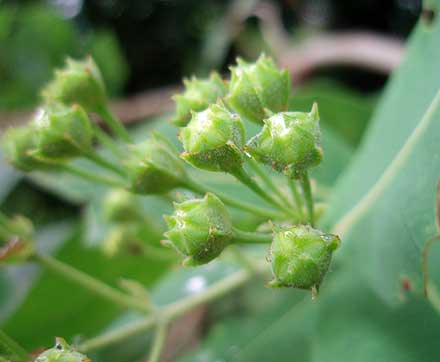