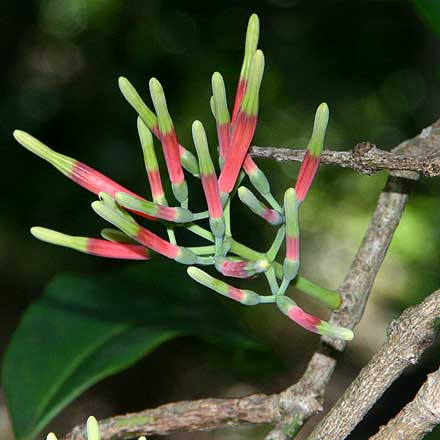 Spread by birds who feed on the very sticky fruit. They wipe their beaks on the branches of trees, the seed sticking and then parasitising the tree. Host plant for caterpillars of Margarita’s Blue Candalides margarita. The female butterflies of this species are black with a large white patch on each wing, and a faint metallic blue suffusion toward the base. The males are plain dull blue. Underneath, both sexes are white with arcs of brown dashes and black dots. The butterflies have a wingspan of about 3 cm. In Australia, the species is found along the east coast of Queensland and New South Wales. Other subspecies are found in New Guinea. The large mistletoe family Loranthaceae contains 75 genera and approximately 1000 species. The family originated in the southern hemisphere and dispersed, apparently early, between fragments of Gondwana (Calvin Wilson, American Journal of Botany).

An origin of aerial branch parasitism in the mistletoe family, Loranthaceae – Carol A. Wilson and Clyde L. Calvin (fee to view full article) 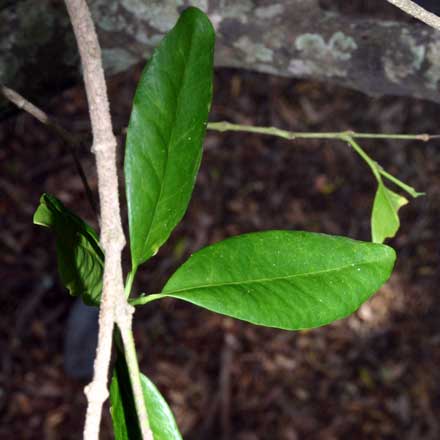