The large seeds are carried varying distances by birds, but mostly propagate in the vicinity of a large specimen. The adult trees do not supress germination – young trees can be quite thick around the adults. 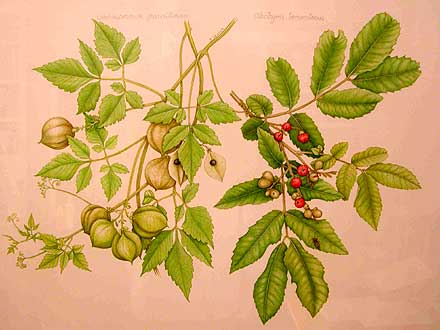 Leaves are compound (parapinnate), basal leaflets much smaller than terminal ones 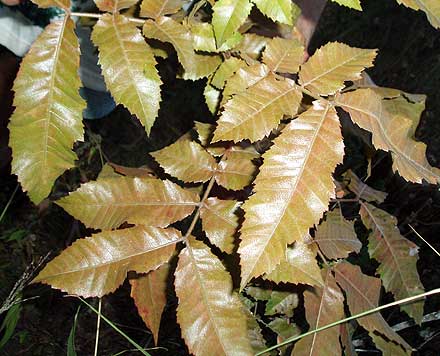 Flowers are creamy pink to reddish. May – Aug. Although this flower has appeared on Monday, 29 January 2007.

The fleshy aril is quite pleasant tasting, though there is not much of it. The seeds are cyanide collectors, so will be toxic. They are unlikely to be toxic if swallowed whole, but could be if chewed (crushed). 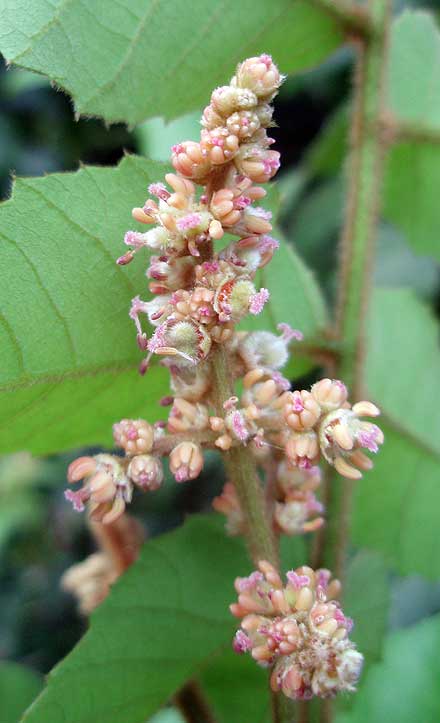 The name Alectryon is derived from Greek word for “rooster”. This refers to the cockscomb appearance of a ridge on the fruit. Alectryon was a Greek youth. One night, while having sex with Aphrodite, Ares put Alectryon by his door to guard them. He fell asleep, and Helios, the sun, walked in on the couple. Ares turned Alectryon into a rooster, which never forgets to announce the arrival of the sun in the morning.

Tomentosus from Latin tomentosus thickly and evenly covered with short, more or less, curled or curved matted hair, in reference to the hairy leaves and young shoots. 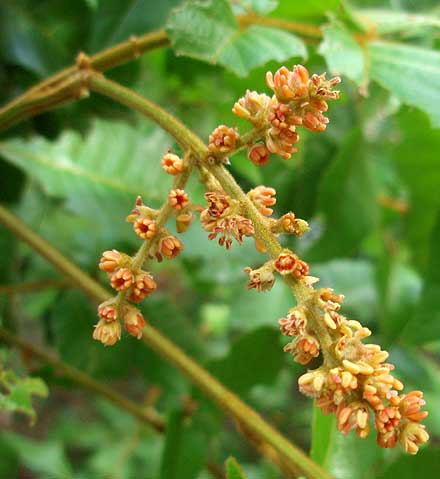 Seed (fresh fruit, very ripe) ready to pick in the early spring. Propagation is quite easy but not reliable (about 25%).

The tree is host to the Leptocoris tagalicus bug. Carroll-Loye Biological Research shows that with only slight changes the bug could shift its focus to the introduced environmental weed, Cardiospermum grandiflorum (Balloon Vine). 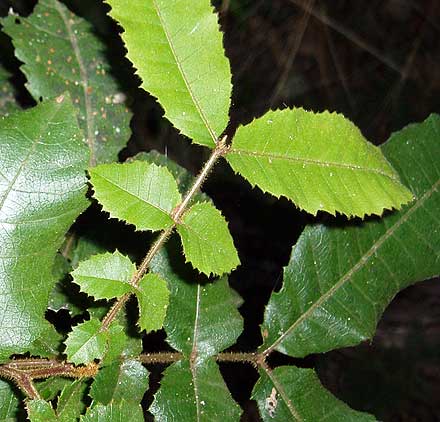 Host plant for the caterpillar of the Hairy Line-Blue (Erysichton lineata). The females are brown on top with a large white patch on each forewing, and a blue sheen near the hinges and the hindwings each have a black eye-spot at the tornus. Both sexes have a small tail at the hindwing tornus. The male adults are blue on top. 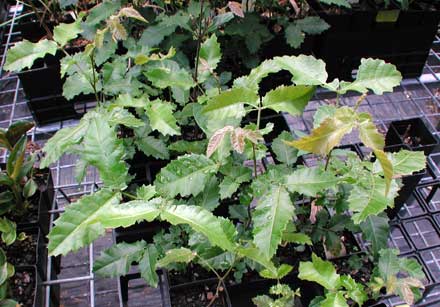