← Alectryon subcinereus (SAPINDACEAE) Wild Quince Ajuga australis (LAMIACEAE) Australian Bugle →
Shrub or small tree to 6 m high in drier rainforest, on watercourses and on the boundary of open forest. Separate male and female plants. From the coast to the escarpment ranges; north from the Illawarra region NSW. Not found in the very driest of scrubs. In the open it is usually compact, but can be leggy under a canopy. 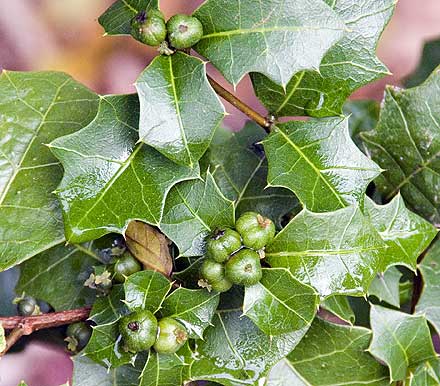 Alchornea after Stanesby Alchorne 1727-1800, a collector of British plants; ilicifolia from Latin “ilex” the great scarlet (holly) or Holm oak, Quercus ilex, and “folium” leaf because of the holly-like leaves. 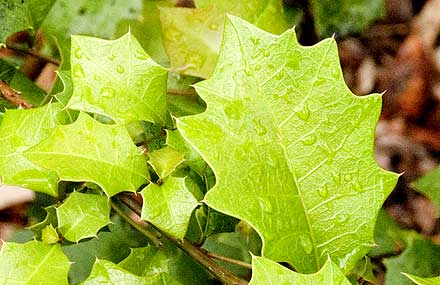 Fruit is a green to brown, three lobed capsule around 7 mm in diameter splitting to reveal one seed. Ripe September-November or throughout the year. Strangely hard to propagate from seed, as it self sows easily. This suggests dormancy. Germination takes 3-6 months. Cuttings strike easily. An exceptionally hardy plant, though can be slow growing. Useful as an understory plant in rainforest plantings. 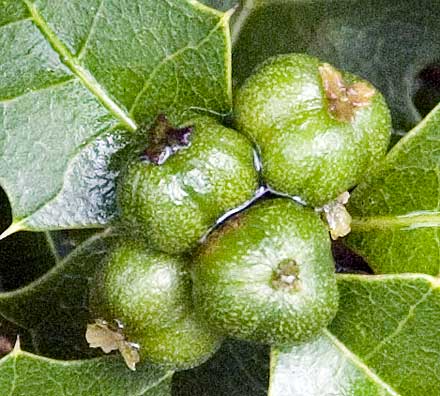 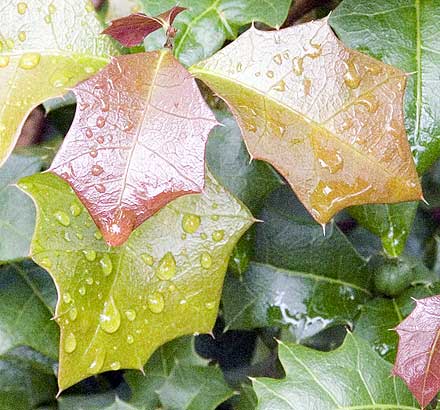