Fast growing single-stemmed pioneer Tree to 30m in dry, littoral and subtropical rainforest north from Iluka NSW. Large compound leaves of up to 60 leaflets asymmetrical at the base.

A. triphysa is dioecious, with male and female flowers being borne on different individuals. Male trees produce three to four times as many flowers as the females, making the male flowers more conspicuous. Furthermore, the male plants emit a foul-smelling odour while flowering to attract pollinating insects.

Fruit is a brownish, dry winged samara up to 5cm long and usually held in a cluster of three. Ripe March-April. 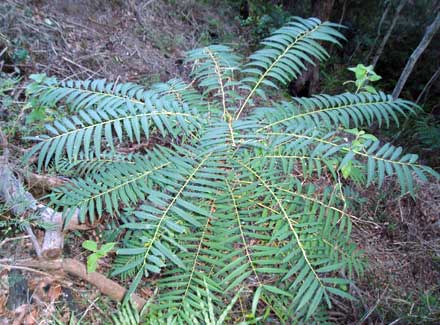 Fast growing and hardy. It develops a sparse branched, open crown. Candelabrum type branch structure and the crown of leaflets gives its foliage a feathery appearance. The sap of this plant contains alkaloids that have been used for medicinal preparations.

The generic name ‘Ailanthus’ comes from ‘ailanthos’ (tree of heaven), the Indonesian name for Ailanthus moluccana, triphysa from Greek “tri” three and “physa” bladder, perhaps referring to the flattened bladder-like fruits in groups of three.

The Genus also native to Asia – found in wet evergreen forests of the western Ghats, from the Konkan, North Kanara and Karnataka southwards to Travancore. Grown extensively in India.

Another species, A. altissima, is a native of northern and central China, and is an invasive species elsewhere.

The number of species is disputed, with some authorities accepting up to ten species, while others accept six or fewer. Species include: 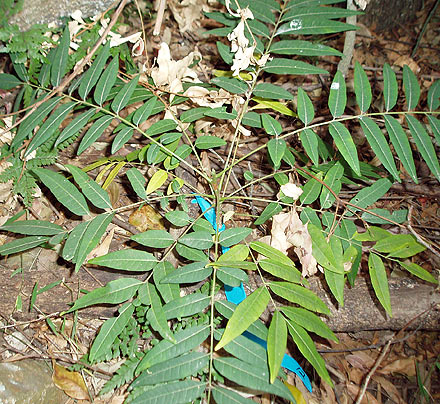 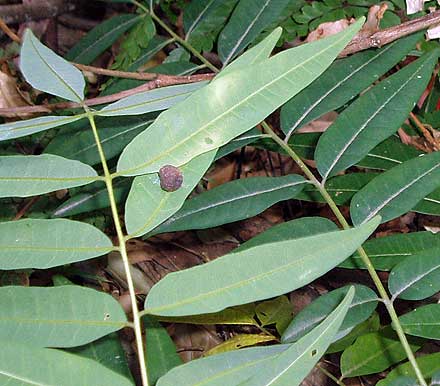