A well known genus of ferns, commonly known as “maidenhairs”. There are about 200 species worldwide, around nine native to Australia. Performs best in soils containing appreciable organic matter with plenty of moisture. Propagation by division of the rhizome or spores. 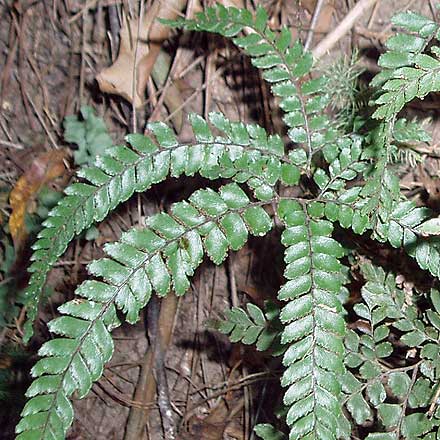 Young fronds are usually pink or red and mature to green or a green-bronze colour branched with fan-shaped pinnules (leaf segments) and a rough texture. A very tough maidenhair in warmer regions (frost tender). Pinnules are more angular that those of common maidenhair. Fronds more obviously palmate (spreading like the fingers of a hand). 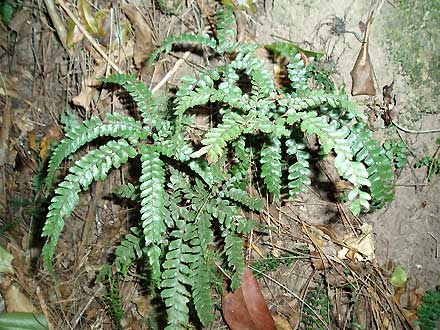