Acmena from Greek “Acmenae” the nymphs of Venus who were very beautiful, referring to the attractive flowers and fruits. A second source says that Acmena was a nymph dedicated to Venus. This derivation seems the most likely. Finally another source says that the name is derived from the Latin “Acmena” one of the names of the goddess Venus.

Flowers are cream blossoms in terminal sprays in summer. The flowers are very attractive and covered with bees when they bloom. A narrow-leaved form is often found in the flood plain areas of creeks and rivers where it becomes twisted and gnarled from inundation and battering by debris. Its function in these environments is much the same as Waterhousea floribunda. 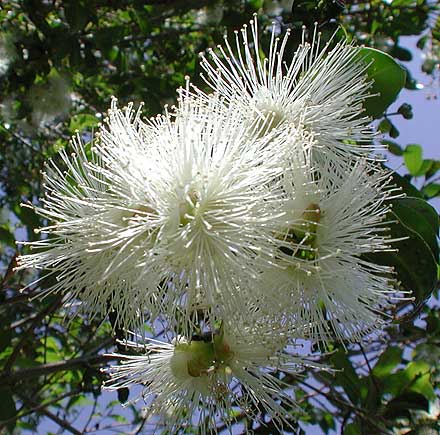 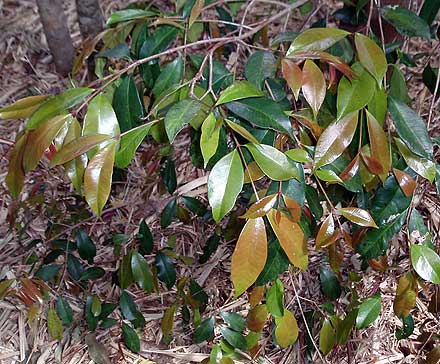 Host plant for the Brown Looper Pholodes sinistraria. It is a true looper, with only two pairs of prolegs. When disturbed, it sways slowly from side to side. It pupates without a cocoon under the soil, taking up to a year to metamorphose. The pupa is dark brown and has a length of about 1.5 cm. It develops into a moth with a fairly wide wingspan (male 5 cm, female 6 cm).

The fruit is eaten by many species of birds. 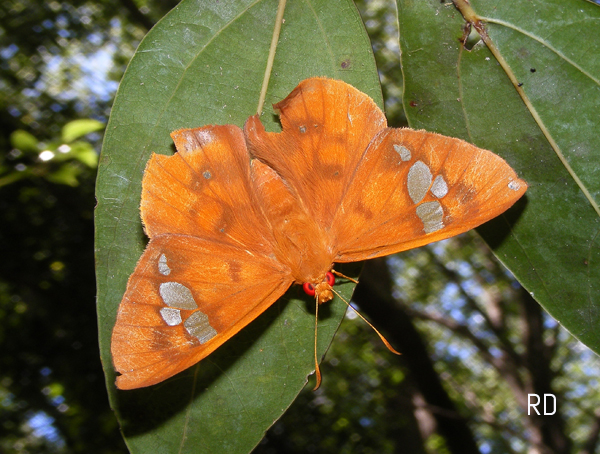