Can regrow from the tubers or from the seed. Seedlings send down a taproot which quickly starts to swell to form a tuber. 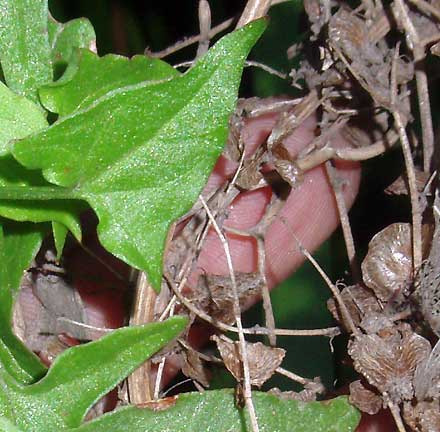 Flowers form on the end of the stem and produce large clusters of three-winged capsules which are green to purplish at first, then turning papery and brown around a three-sided seed. 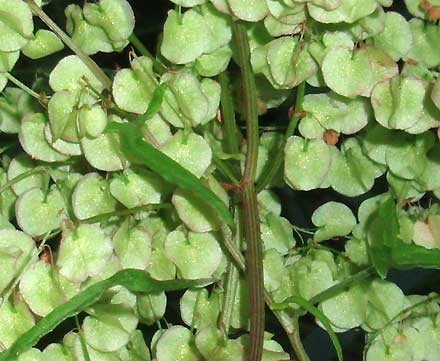 To remove, cut off any papery clusters containing the seeds. Carefully lift the tuber at the base of the stem to locate those underground stems which run from the top of the tuber. All tubers and underground stems must be removed. 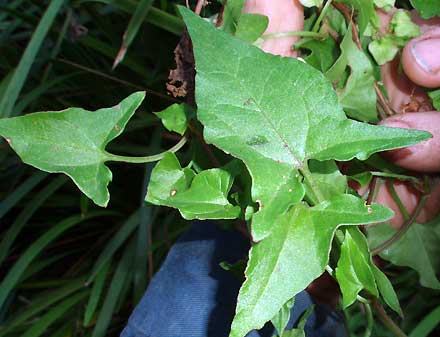