← Acacia ulicifolia (MIMOSACEAE) Prickly Moses, Juniper Wattle Acacia perangusta (MIMOSACEAE) Eprapah Wattle →
Tall shrub or small tree to 5 metres. Found in open forest and woodland in South-East Queensland. Popular and widely cultivated. A quick-growing plant which may flower in its second year. Seeds freely and is invasive in natural bushland areas not in its range. It should not be planted in gardens in the vicinity of such areas. It has become an invasive pest in southern states.

Although listed in our species lists, not a highly recommended plant for Enoggera catchment. Useful in diverse plantings if plenty of other more characteristic species (such as Black Bean, Waterhousea, Soap Tree, Jagera, Casurina, Native Peach, Native Mulberry) are also present. 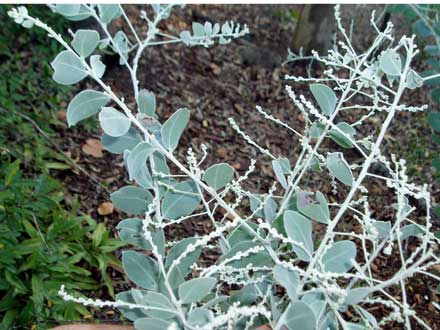 Host plant for the Felder’s Line Blue Prosotas felderi. The caterpillars which often infest acacias are food for some cockatoos and cuckoos while some smaller birds, like rose robins which feed on insects living on the acacia foliage. Leaves are eaten by crows and ravens. The sap of some acacias is food for sugar and squirrel gliders. Host for larvae of Tailed Emperor Polyura sempronius butterfly. 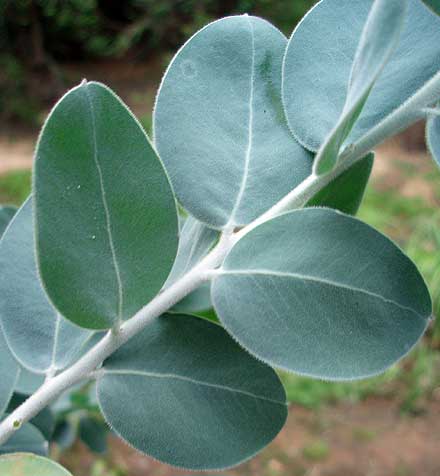 Flowers are golden yellow puff balls mainly in late winter and early spring. Can be effected by sooty mould in humid climates. Pods are flattish, whitish blue raised over seeds. Propagation is relatively easy by normal seed raising methods following pretreatment by soaking in boiling water or by scarification. 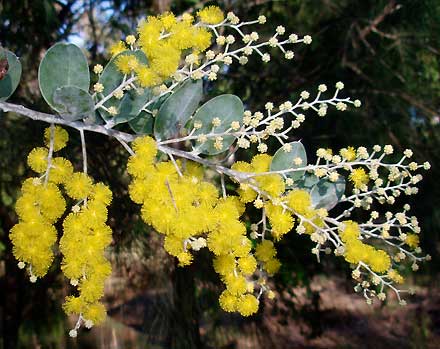 Acacia from Greek acis (a thorn), podalyriifolia (leaves like the genus Podalyria). 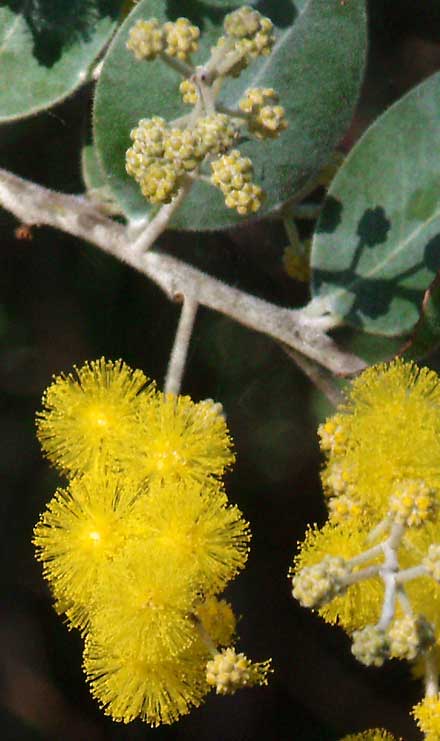