← Acacia podalyriifolia (MIMOSACEAE) Silver Wattle, Mt Morgan Wattle Acacia penninervis (MIMOSACEAE) Mountain Hickory Wattle →
Small tree or shrub to about 6 m. Branches can be angular and flattened but not hairy. In the greater Brisbane region found on gravelly and sandy soils, sandstone ridges and along creek banks with alluvial soils in woodland or open forest communities where common tree species include Eucalyptus tindaliae and Corymbia henryi. Phyllodes are 3-8 cm, with a fine but prominent mid vein and faint lateral veins. Flowers are bright yellow to golden puff balls. Pods are flattish, whitish blue raised over seeds. Not listed in Peter Young’s 2002 plant list for Brisbane Forest Park (now part of D’Aguilar National Park) and unlikely to be, as it is rare in the wild and generally restricted to moist gullies and watercourses to the south and south-east of Brisbane (Rochedale, Victoria Point, Mt Cotton and Beenleigh). Now regarded as a form of Acacia fimbriata (Mangroves to Mountains, Revised Edition 2014). 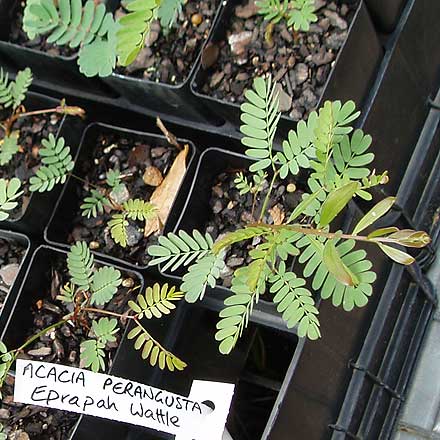 Its habitat has been reduced by urbanisation so it is difficult to tell if this may have been an Enoggera plant. Most likely it was present in the lower parts of the catchment and deserves a chance. A popular garden plant because of the profusion of its flowers. It is reported that it cannot re-sprout from its base if felled. Propagation aided by fire. At the Eprapah Environmental Centre seedlings of this wattle appeared after areas were cleared of lantana and the stubble burnt. 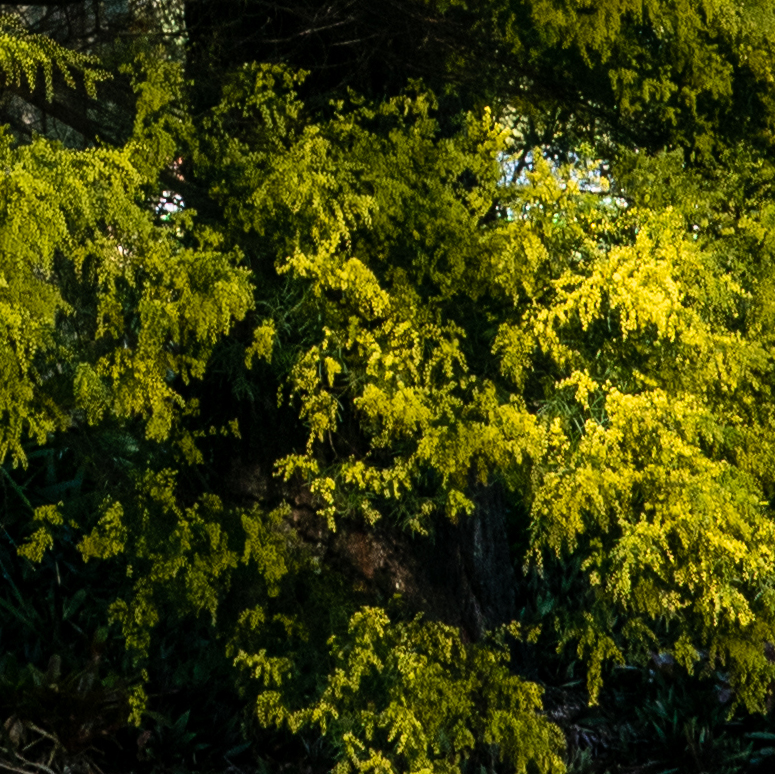