← Acacia fimbriata (MIMOSACEAE) Brisbane Wattle, Fringed Wattle Acacia disparrima (MIMOSACEAE) Hickory Wattle →
Erect, tree-like shrub to 4 m throughout Queensland and NSW mostly in coastal areas. Curved (falcate) phyllodes with a prominent mid vein. Flowers are cream coloured ball-flowers in early winter. Unusual seed pods show the seeds very obviously. Interestingly, A. falcata is not as favoured as some others, and hard to find information on. It is very successful in the Enoggera catchment and quite a show in June, before the A. fimbriata starts. 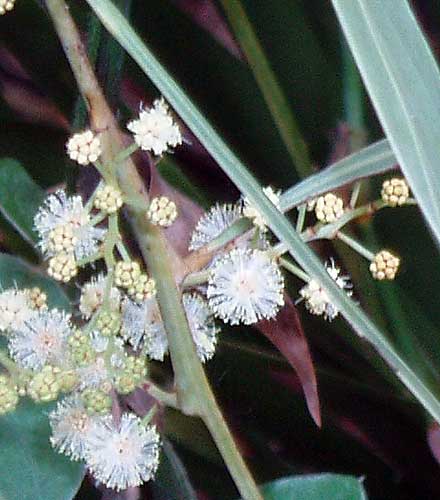 Propagate from scarified seed or use the boiling water treatment (pour on boiling water, let sit till cool). Tubestock shown here were photographed at the SOWN Nursery Paten Road The Gap. 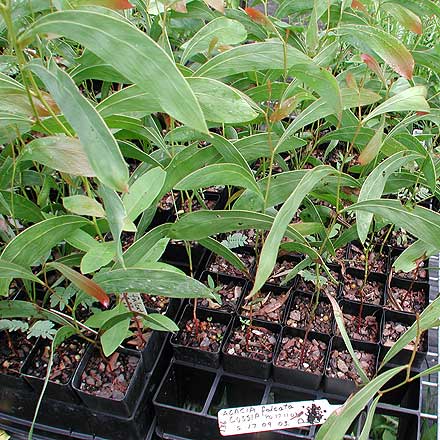 Flowers are whitish, yellow puffballs. Acacia falcata is a useful pioneer species in difficult (hard, dry) site. Like all Acacias, A. falcata fixes nitrogen in the soil. Can surprise with its ability to survive on clayey loams and heavy stony soils. Can be “lifted” by pruning so that the site is easier to maintain (exotic vines and other weeds can be removed more easily when you can get in under the young trees.) A good choice for areas where poor quality fill has been pushed to form batters, along roadsides or around sports grounds. Can be planted thickly and will self sow if the site is kept weed free and the soil receptive (mulched). 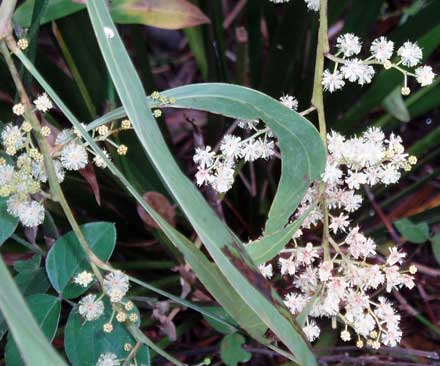 Similar to A. pycnantha which has a central midvein, and darker and larger flower heads. The name refers to the curved (falcate) shape of the phyllodes. 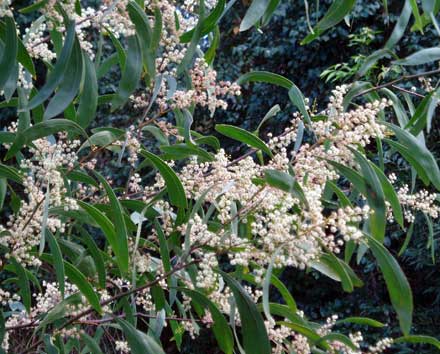 The seed pods are long, trailing and very bumpy – showing the black seed through the brownish skin of the seed case. 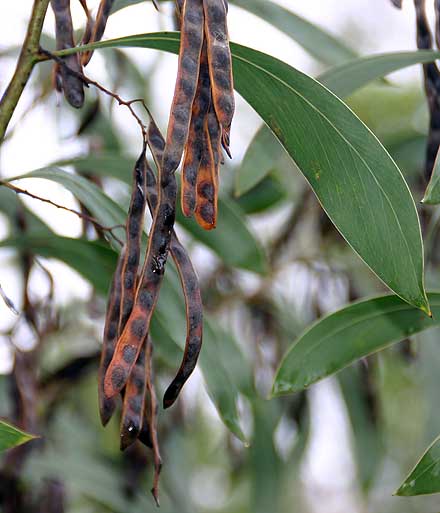 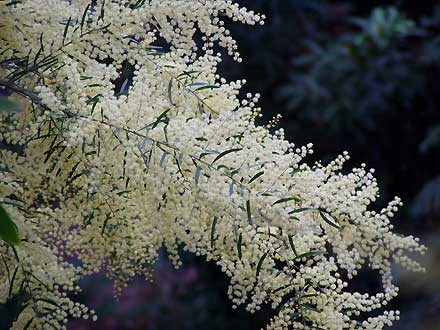