A fast way to tell some wattles apart is their flowers (puffballs or spikes) but of course it has to be the right time of year. Hickory Wattle has pale yellow, to lemon yellow sweetly scented flowers in spikes. 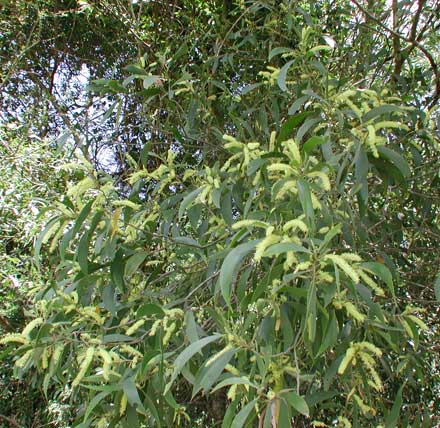 Can be quite scraggly, but does well where it gets enough water in very well drained soils. Many of the wattles that spring up in gardens and bushland (from bird carried seed) are disparrima.

Young plants often have gigantic phylloides, especially when getting plenty of water.

Wood used for boomerangs and clubs. 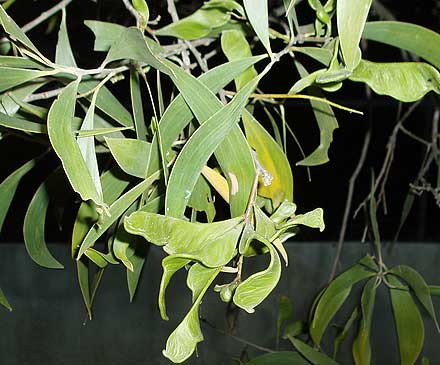 Acacia from Greek akakia, the shittah tree, Acacia arabica; which is derived from the Greek akanth-a a thorn or prickle (alluding to the spines on the many African and Asian species first described).

Disparrima from Latin disparrima, the most unlike, dissimilar, different or unequal referring to the species exhibiting the greatest difference from other renamed species previously described as Acacia aulacocarpa. 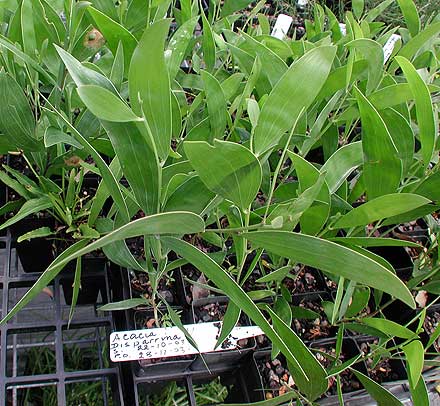