← Acacia disparrima (MIMOSACEAE) Hickory Wattle Acacia complanata (MIMOSACEAE) Flat-stemmed Wattle →
Dense shrub or small tree to 8 m on sandy or stony soils in open forest. Found in understorey over most of South-East Queensland and surrounding regions including NSW. Will usually be smaller than 8 m and quite common in regrowth of disturbed coastal areas, hardy, fast growing. The leaves are flatttened leaf stalks, not real leaves at all, called phyllodes. The upper margin is curved, the lower margin more or less straight. The obvious veins join at the base, hence the name. The bark can be fissured, and is usually fibrous, grey-black. Branchlets angular, stout, brown. The first few leaves of seedlings are usually thin, and have the true leaves fringing the phyllodes. The true leaves soon drop off. Acacias can fix nitrogen in the soil which gives them an advantage which explains their success in disturbed sites where soil is poor. 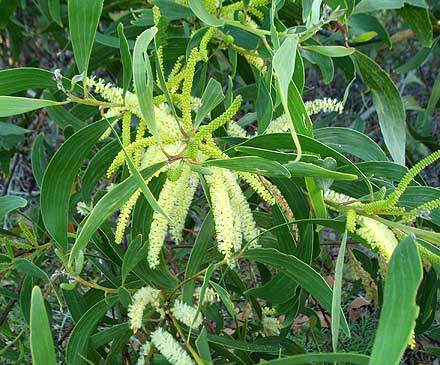 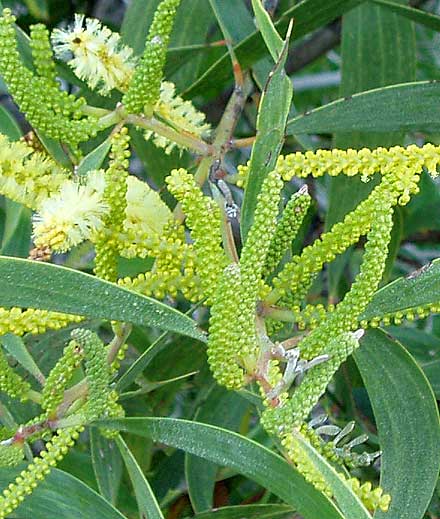