Deeply lobed, toothed leaves to 15 cm come to a point at the tip. They look more or less like a circle pointed on one side (droplet shaped).

A well-known weed in the Pacific region the USA, New Zealand and Australia.

A different Abutilon (A. x hybridum) is in cultivation in Australia but has not misbehaved and does not deserve to be considered a weed. 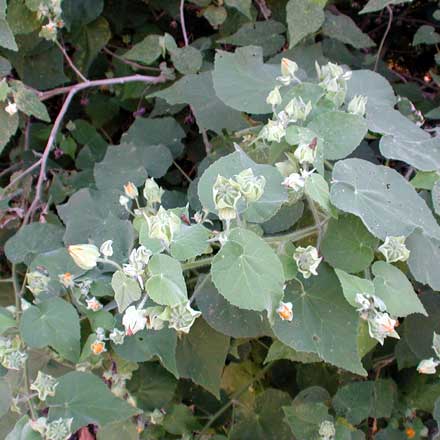 The fruit is dry, and breaks up into enclosed, one-seeded units. 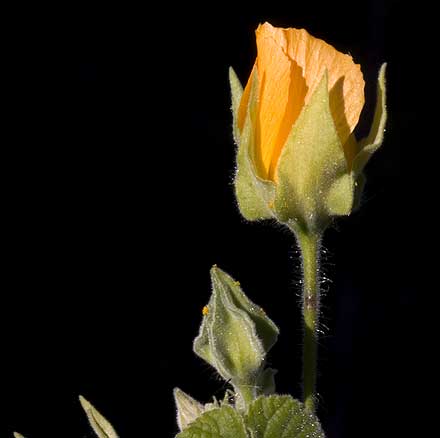 In the Enoggera catchment, this plant was mistakenly introduced into our revegetation as Abutilon oxycarpum, a much more delicate, smaller, native plant. We have sinced spent many person-hours trying to get rid of it.

Abutilon comes from the Arabic name for certain mulberries which have leaves somewhat resembling these Malvaceous plants. 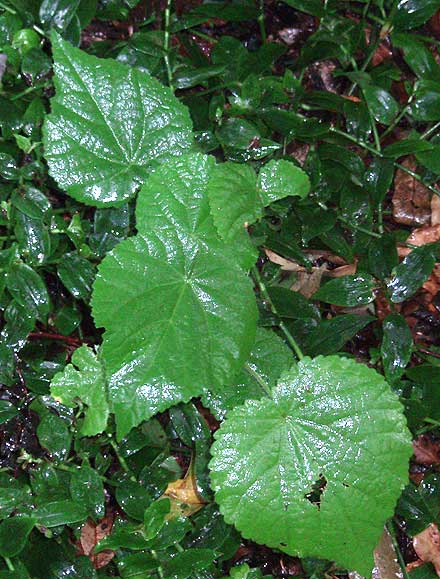