The subspecies found here is africanus, and has been widely confused with the native subspecies precatorius, which is found further north (native to northern Australian but not native to South-East Queensland). Specimens without pods cannot be reliably assigned to subspecies.

Two subspecies are found in Australia:

Abrus precatorius subsp. africanus: surface of pods tuberculate (visible with naked eye); pod length [shorter] 20-35 mm – confined to southern Qld (Miriam Vale to Brisbane) and perhaps NSW (introduced). It is native to tropical Africa and Madagascar, naturalised in Australia, New Caledonia, South America and the Caribbean. It is regarded as a serious invasive weed in some parts of the USA.

WARNING: One damaged seed can, if eaten, cause severe eye irritation, vomiting, diarrhoea, trembling and cold sweat, weakness and collapse. Sound (undamaged) seed passes apparently harmlessly through when ingested, but this is not to be attempted. Many seeds chewed would easily kill adults. 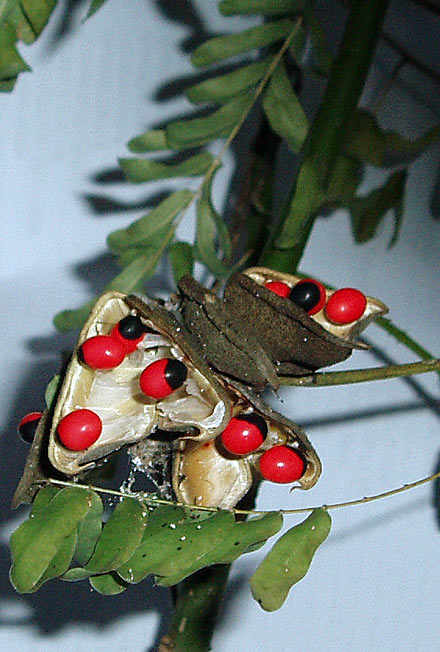 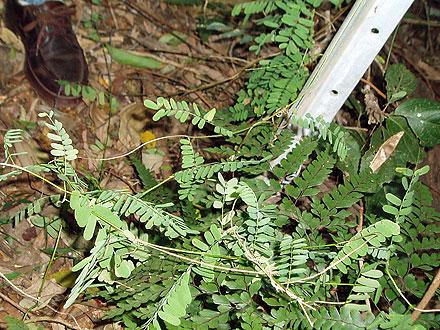 This photograph was taken near Fursman Crossing Yoorala Street East where the infestation was quite thick and clearly weedy. It shows the rough pods. 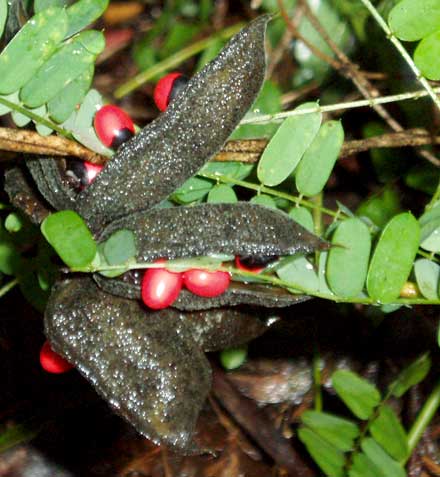